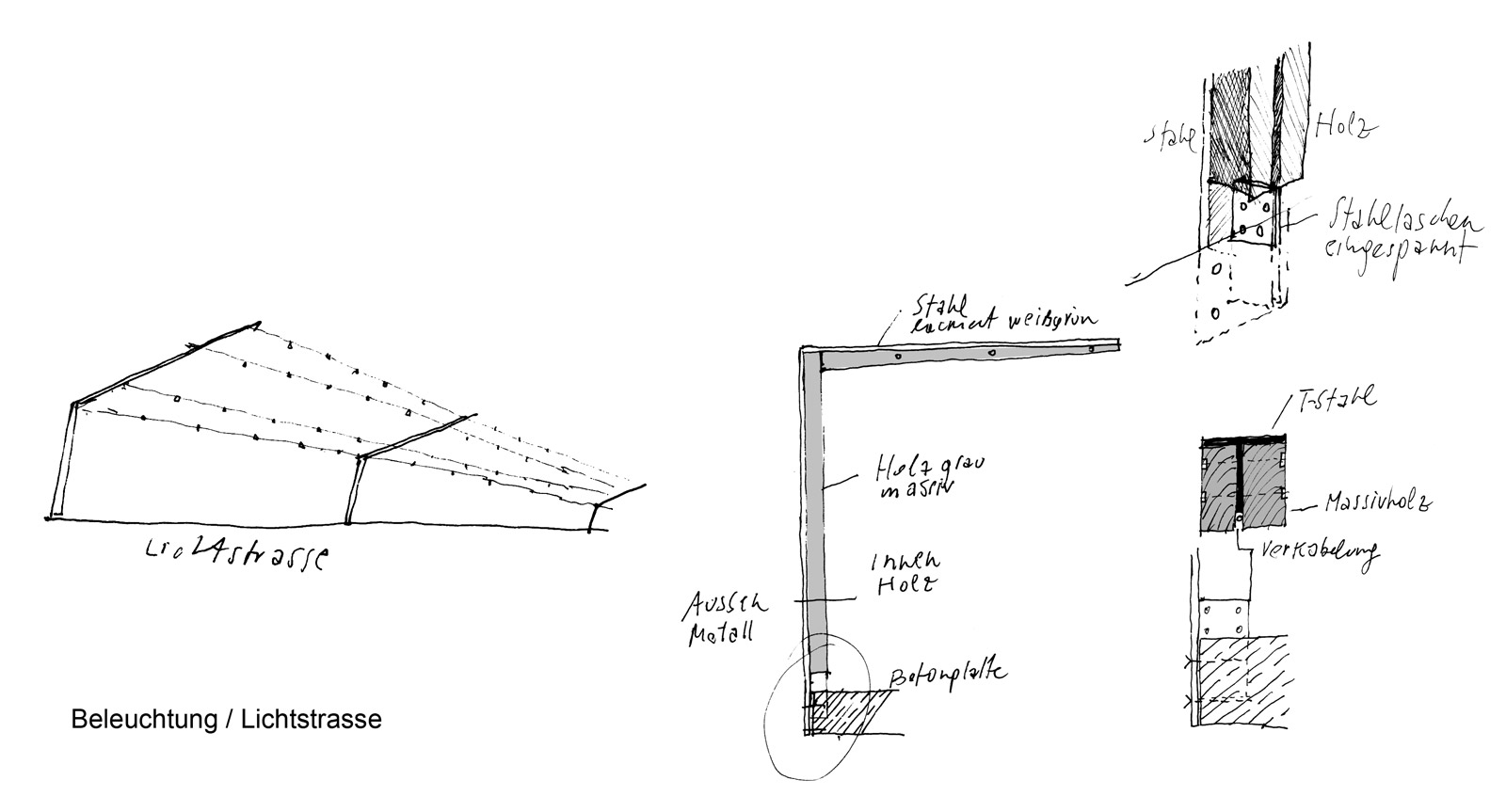 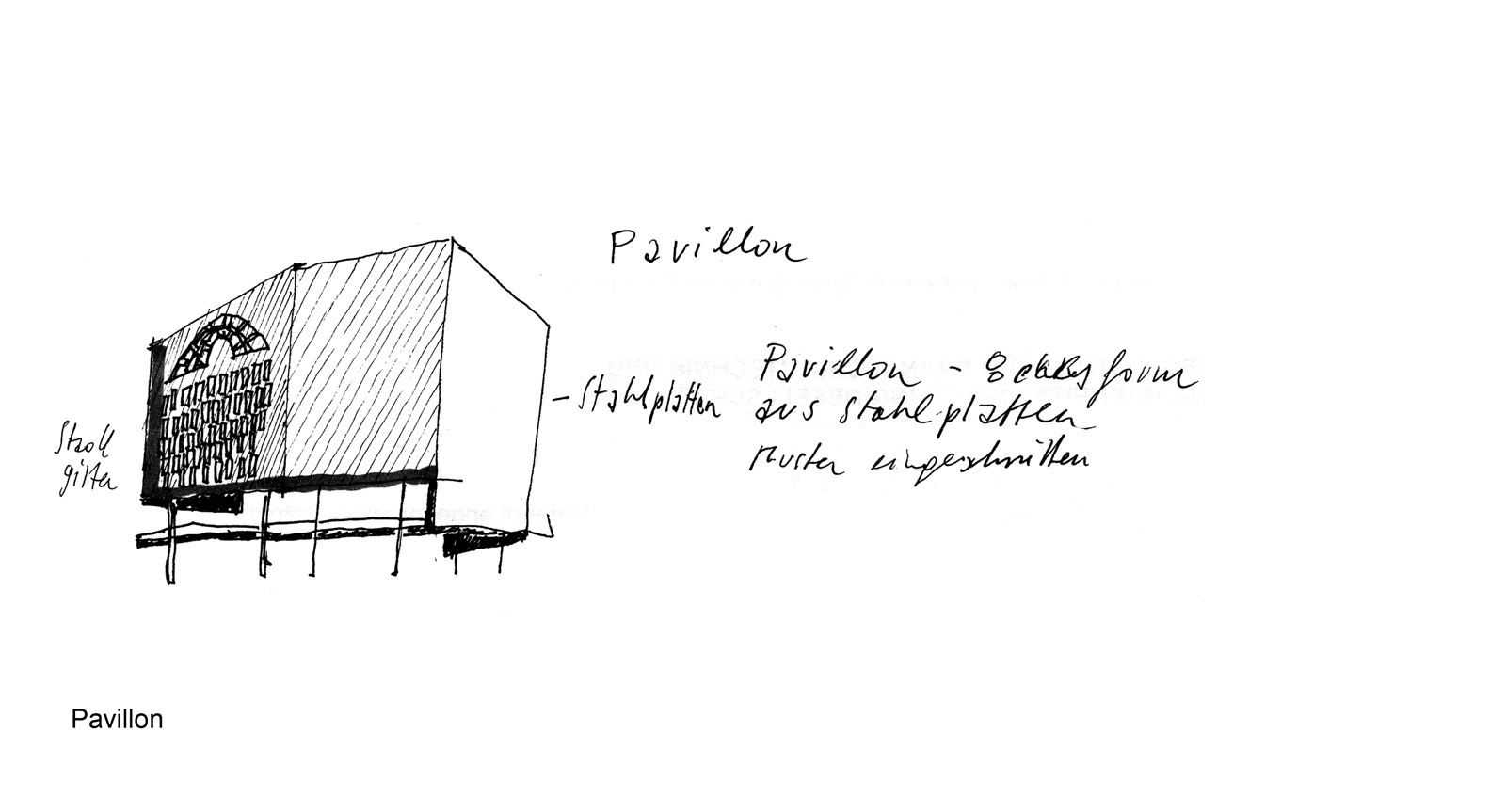 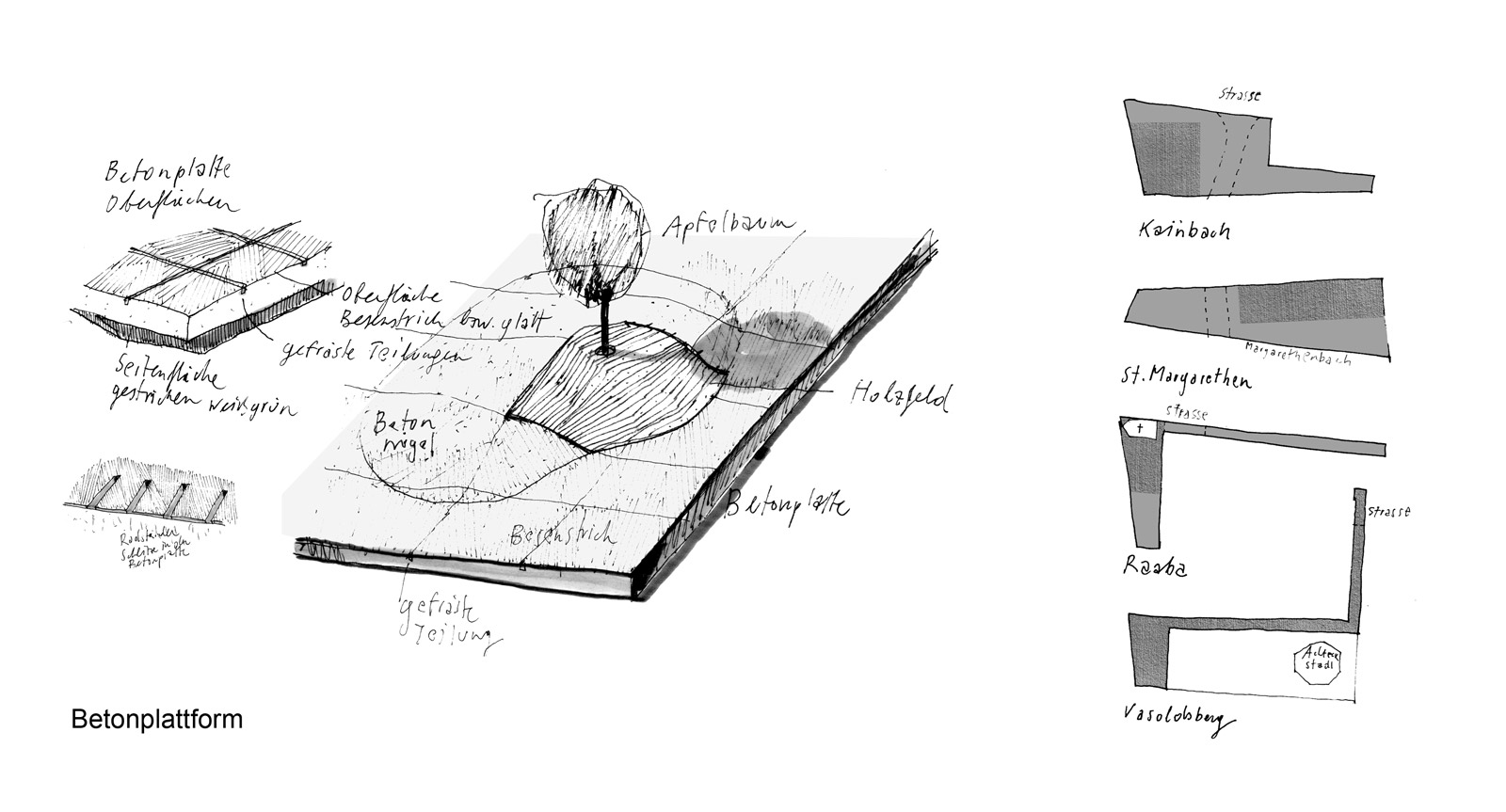 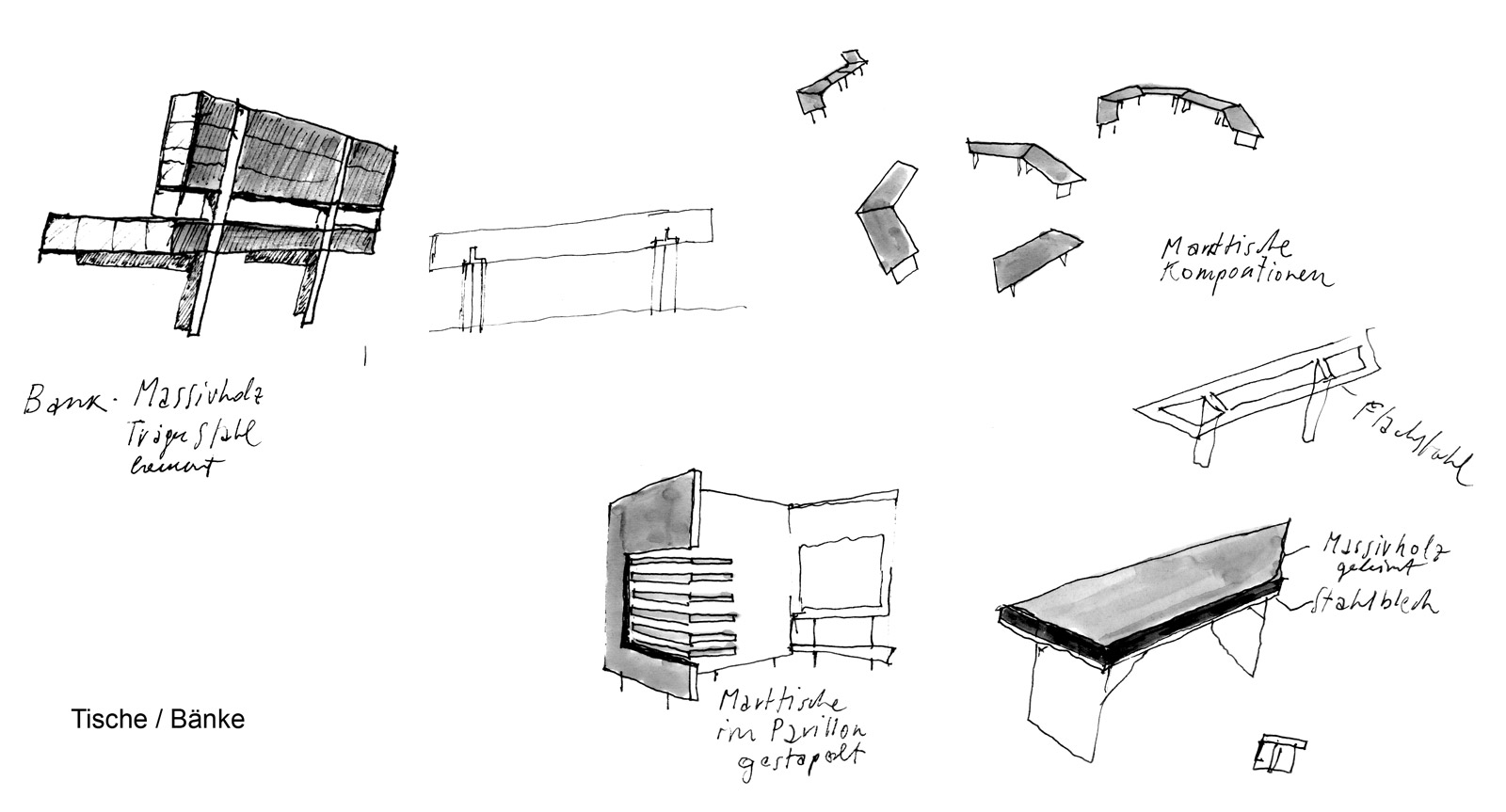 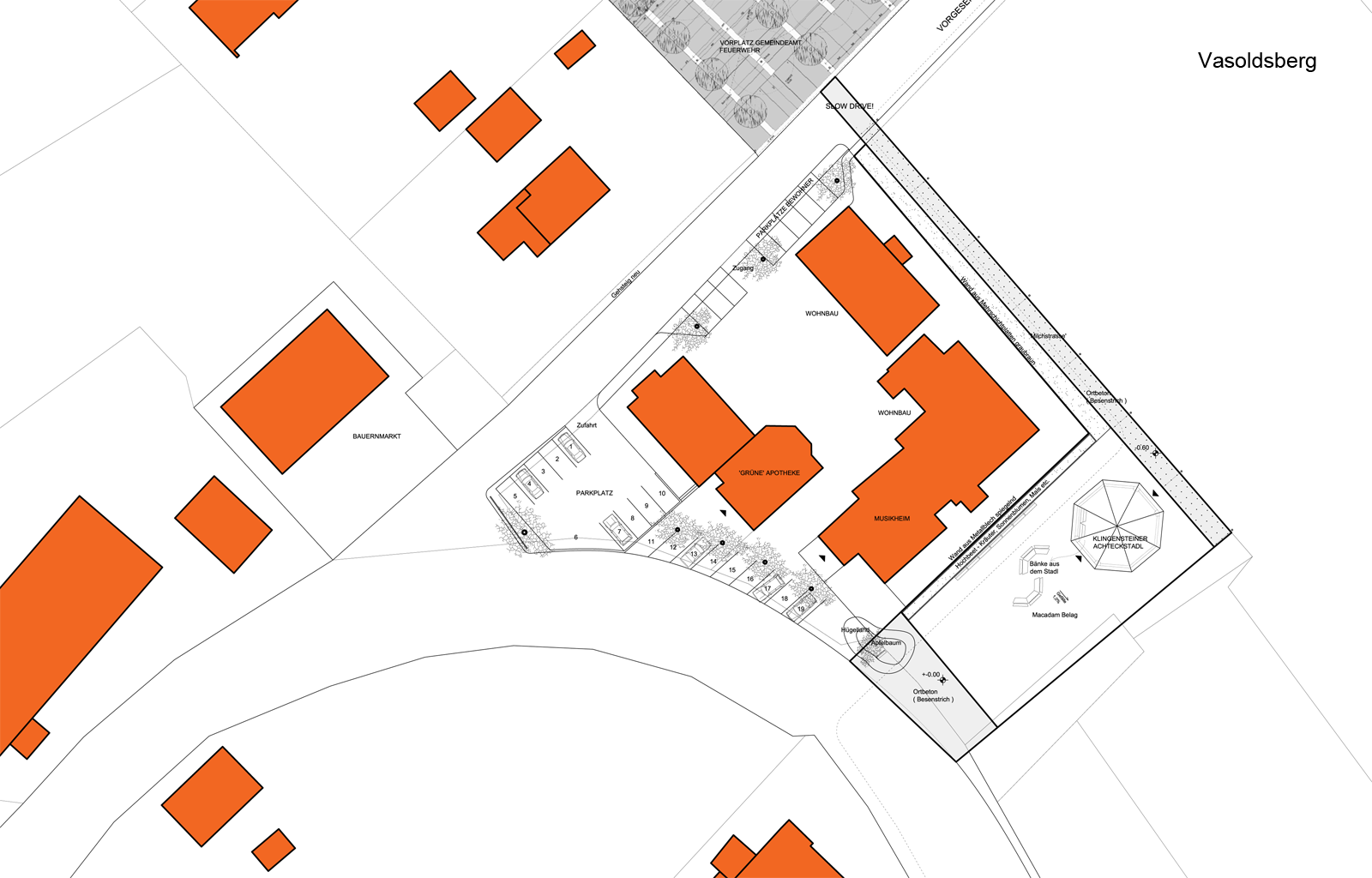 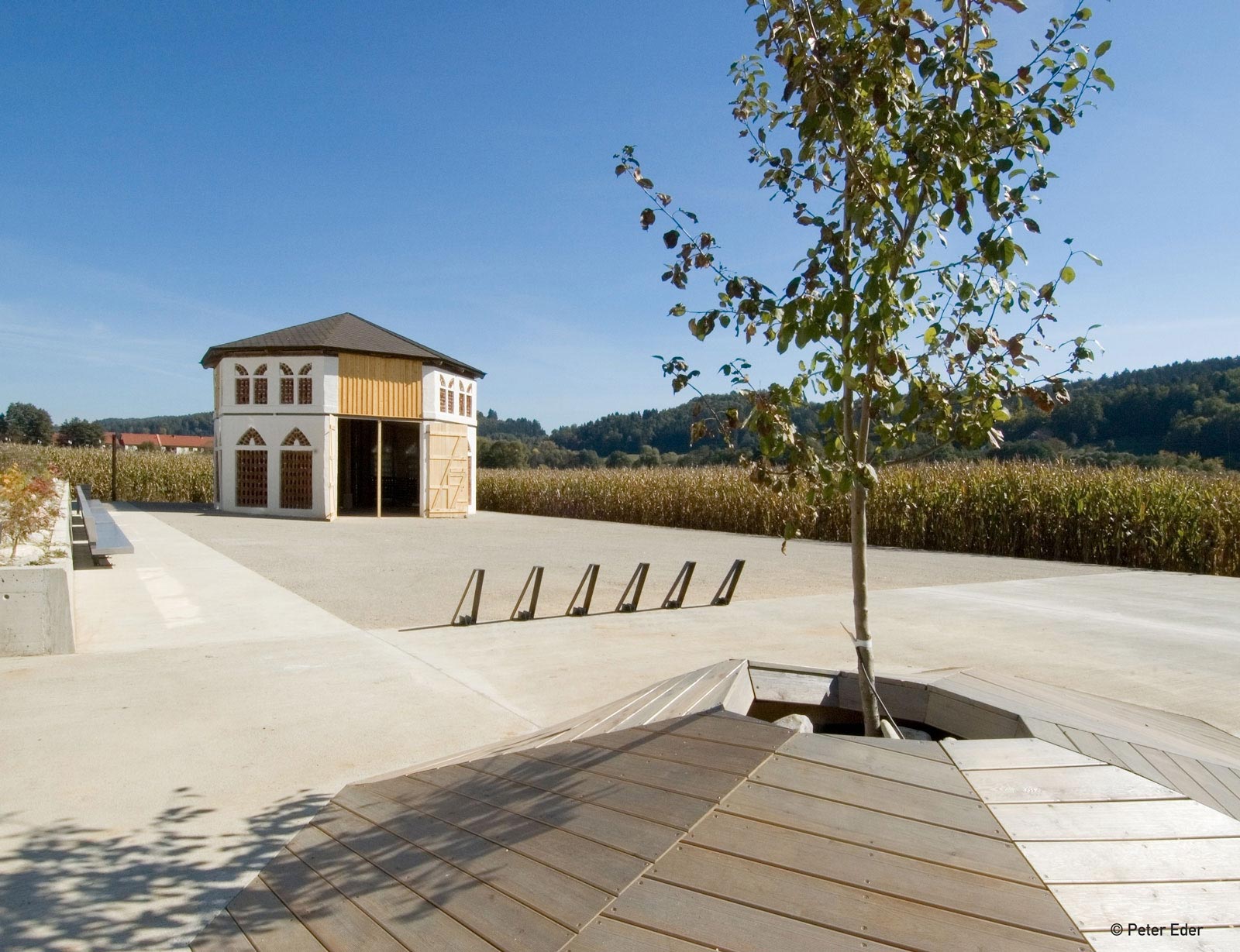 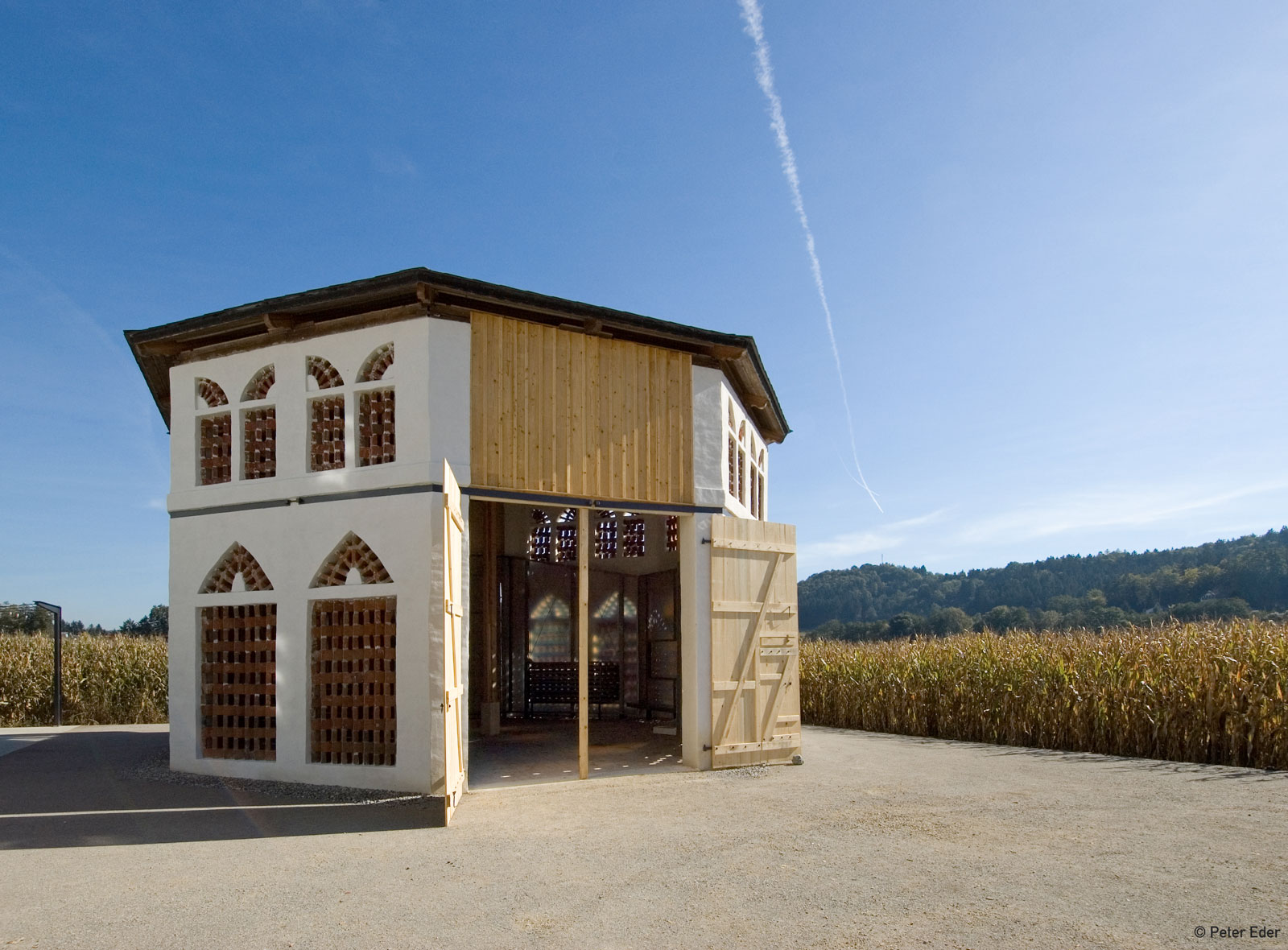 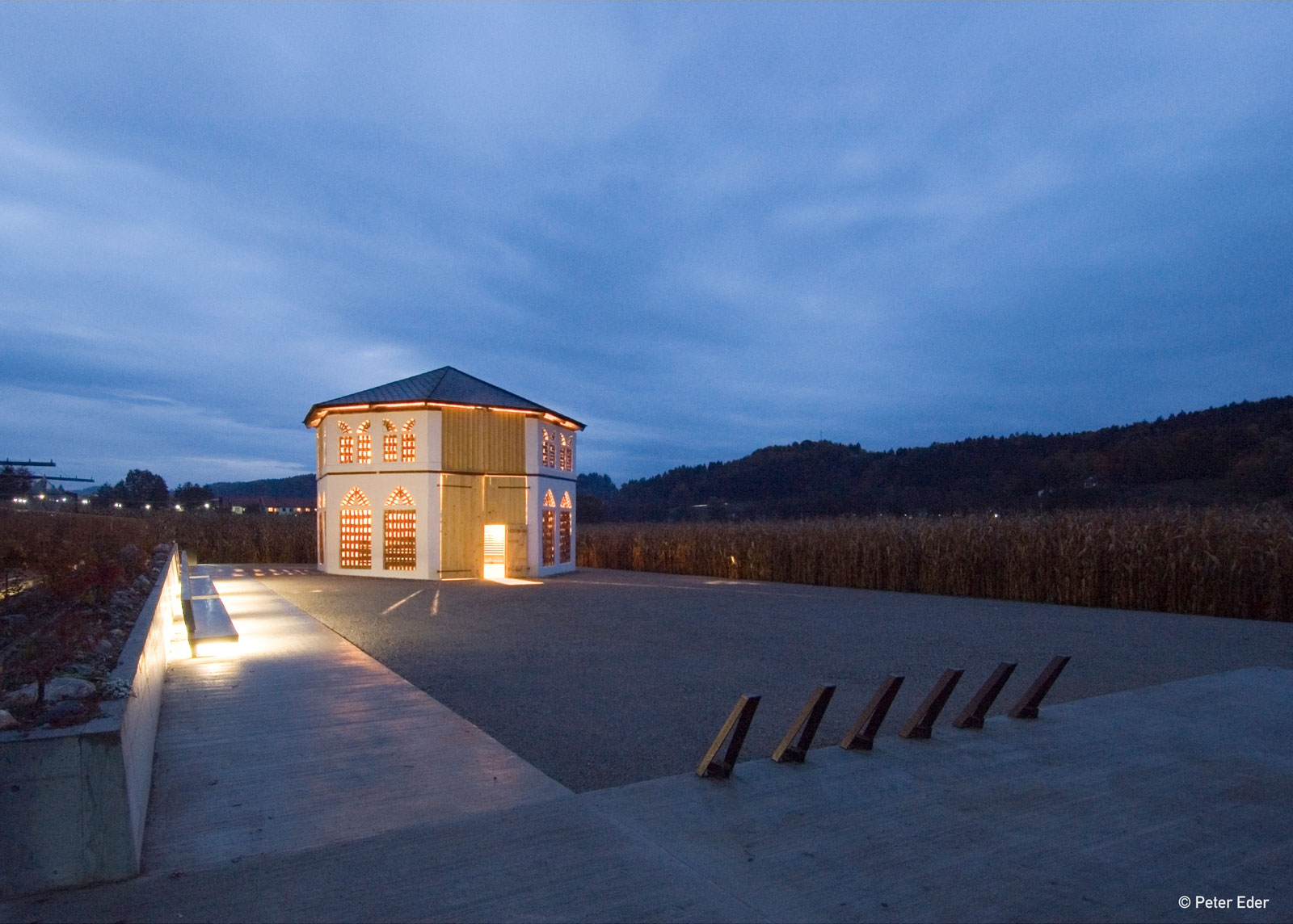 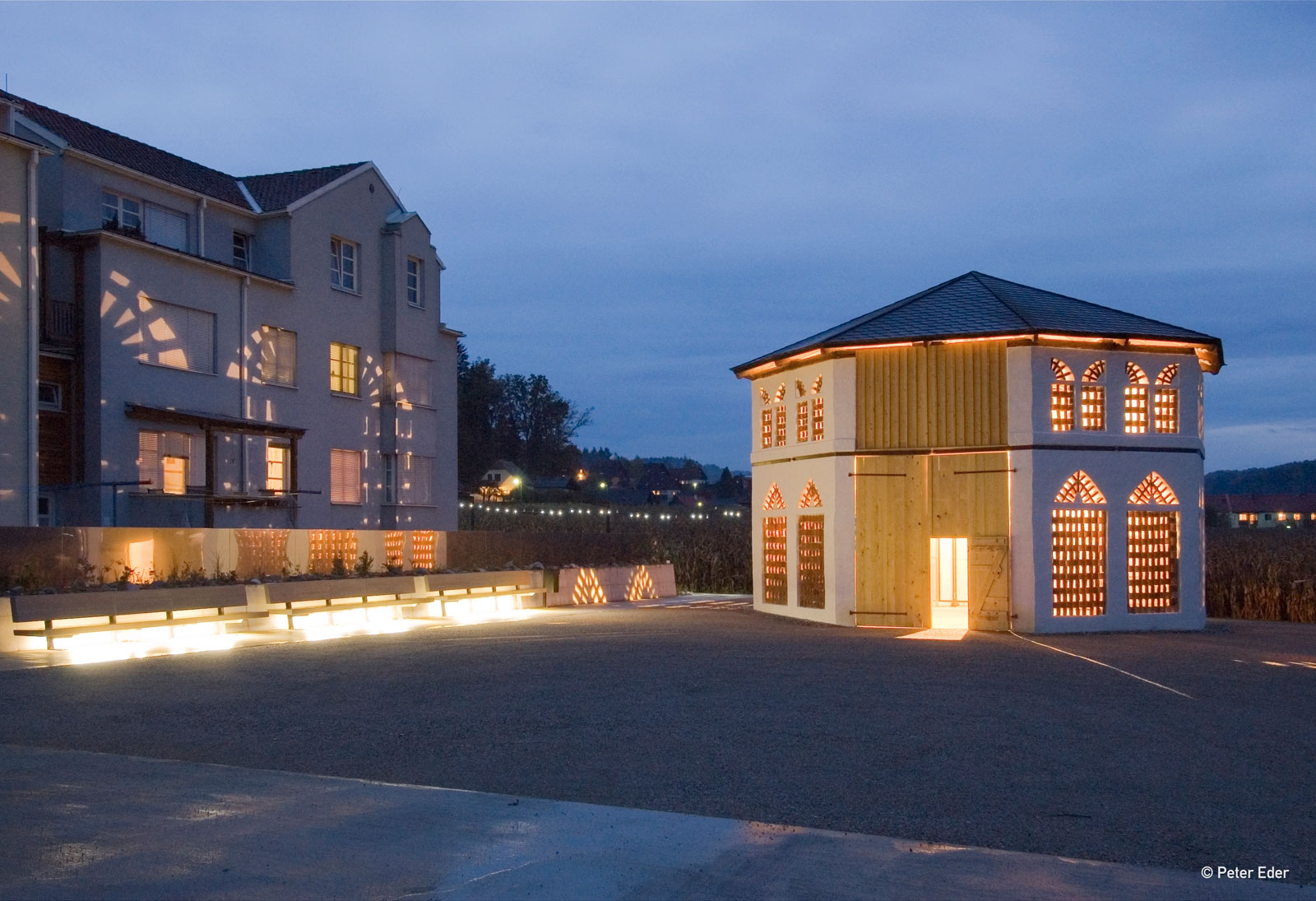 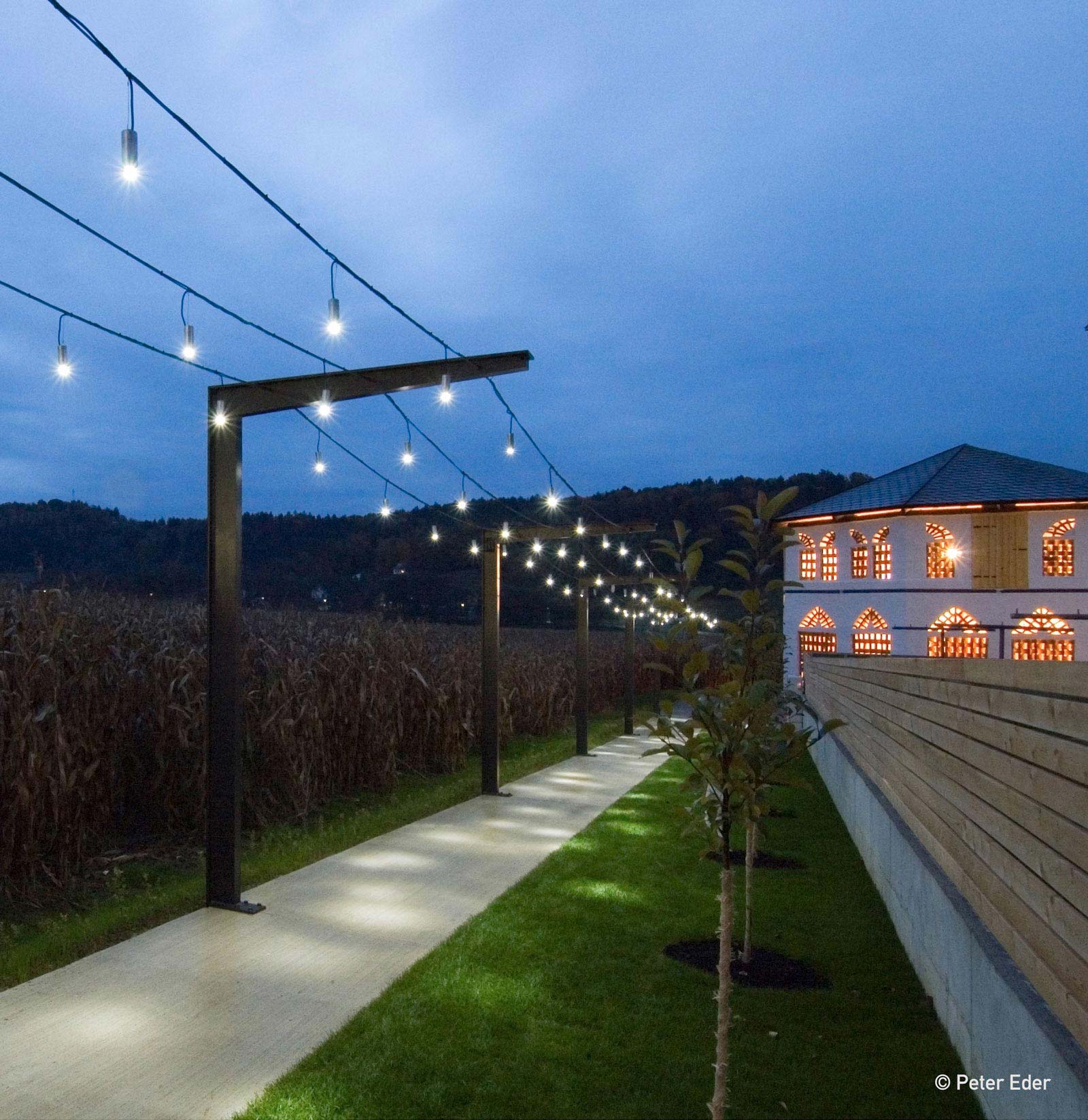 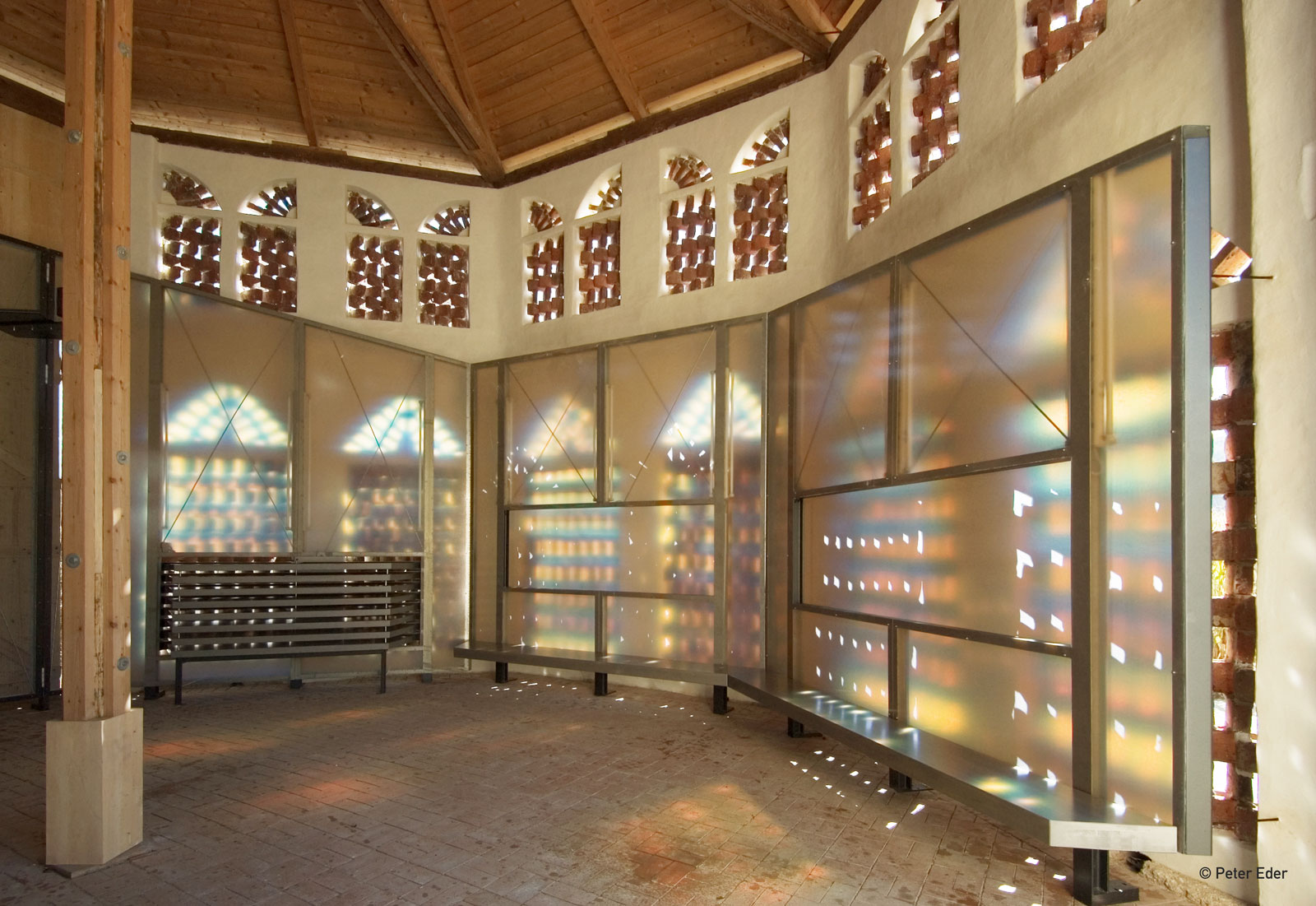 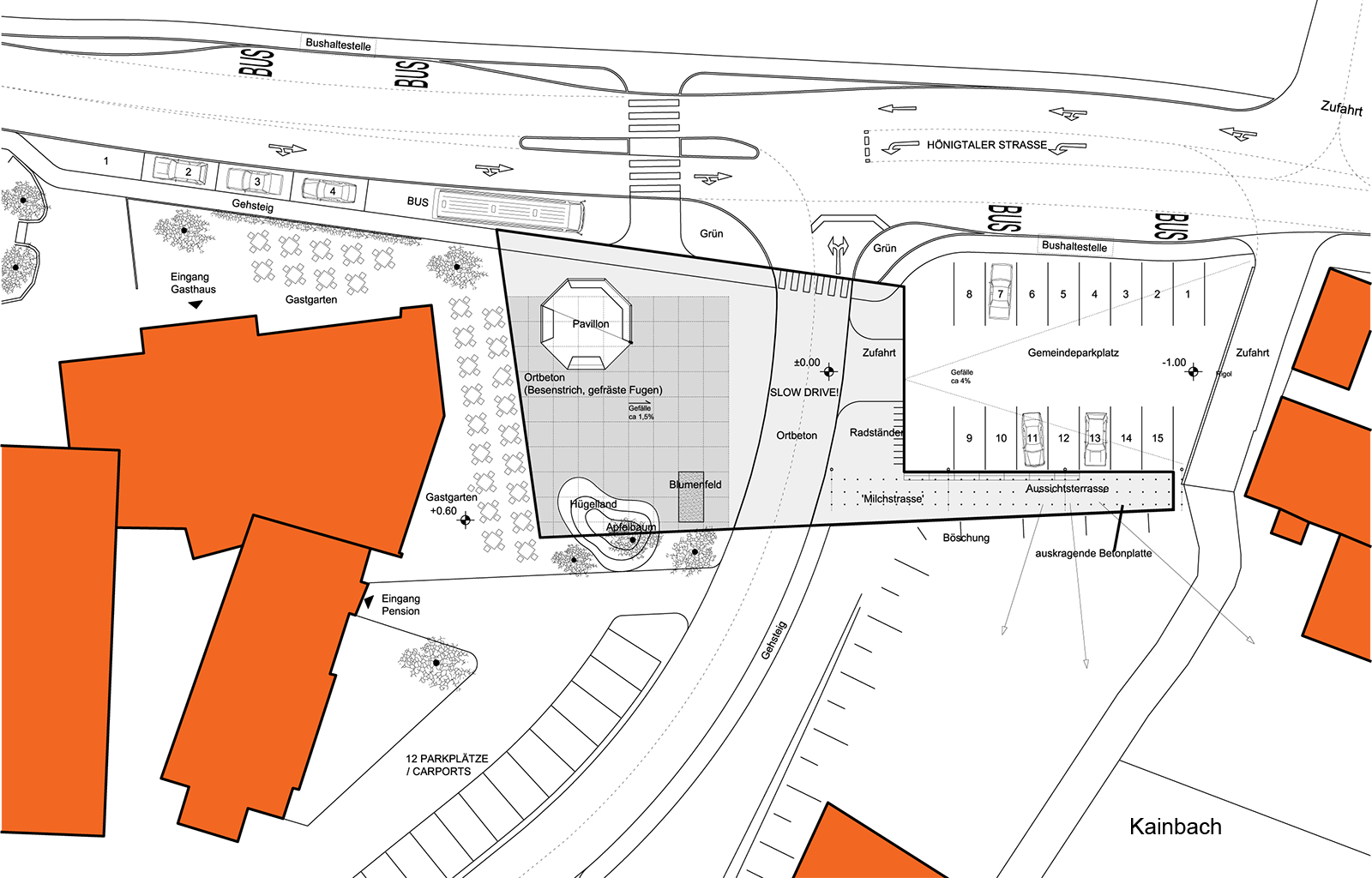 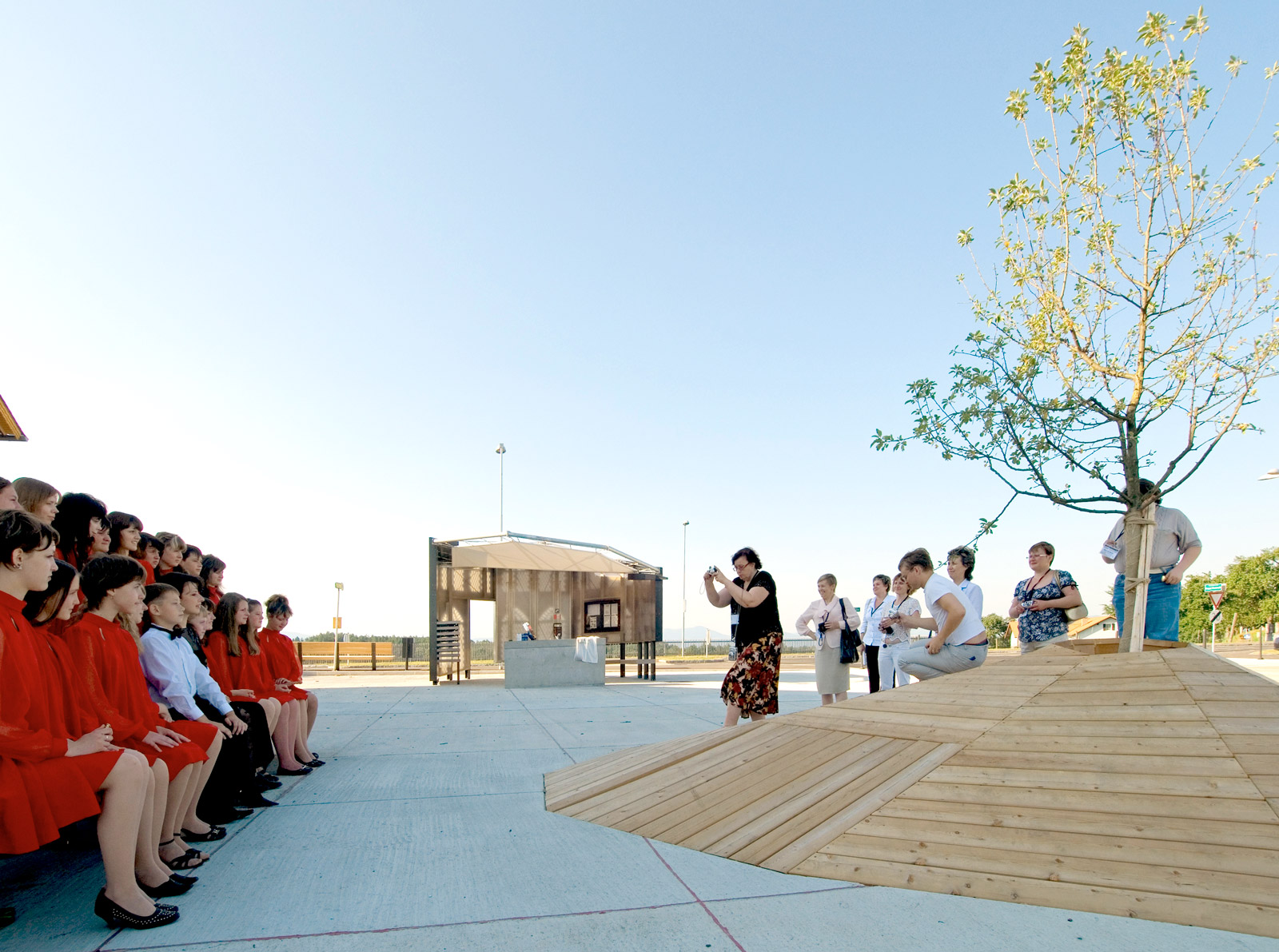 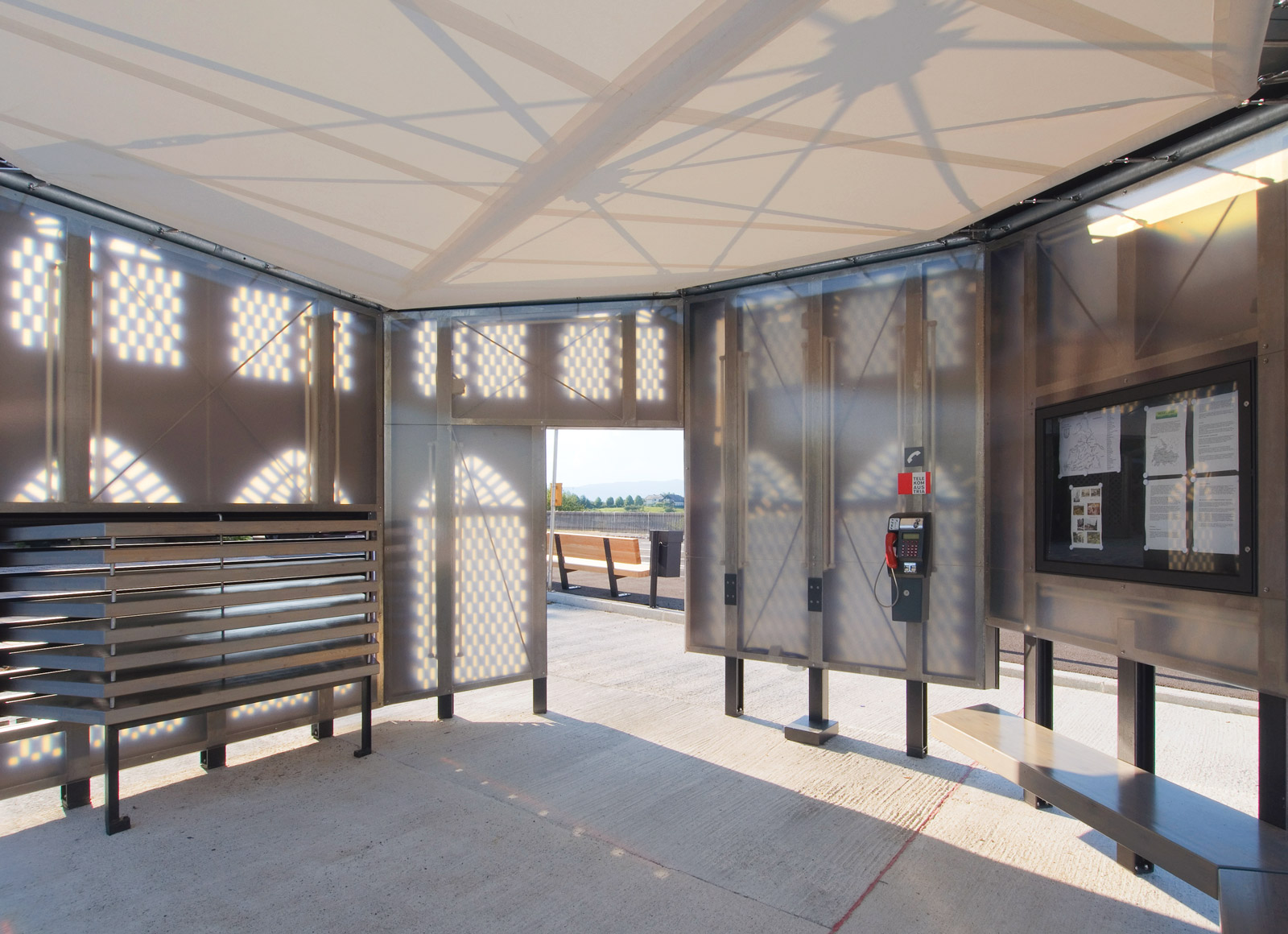 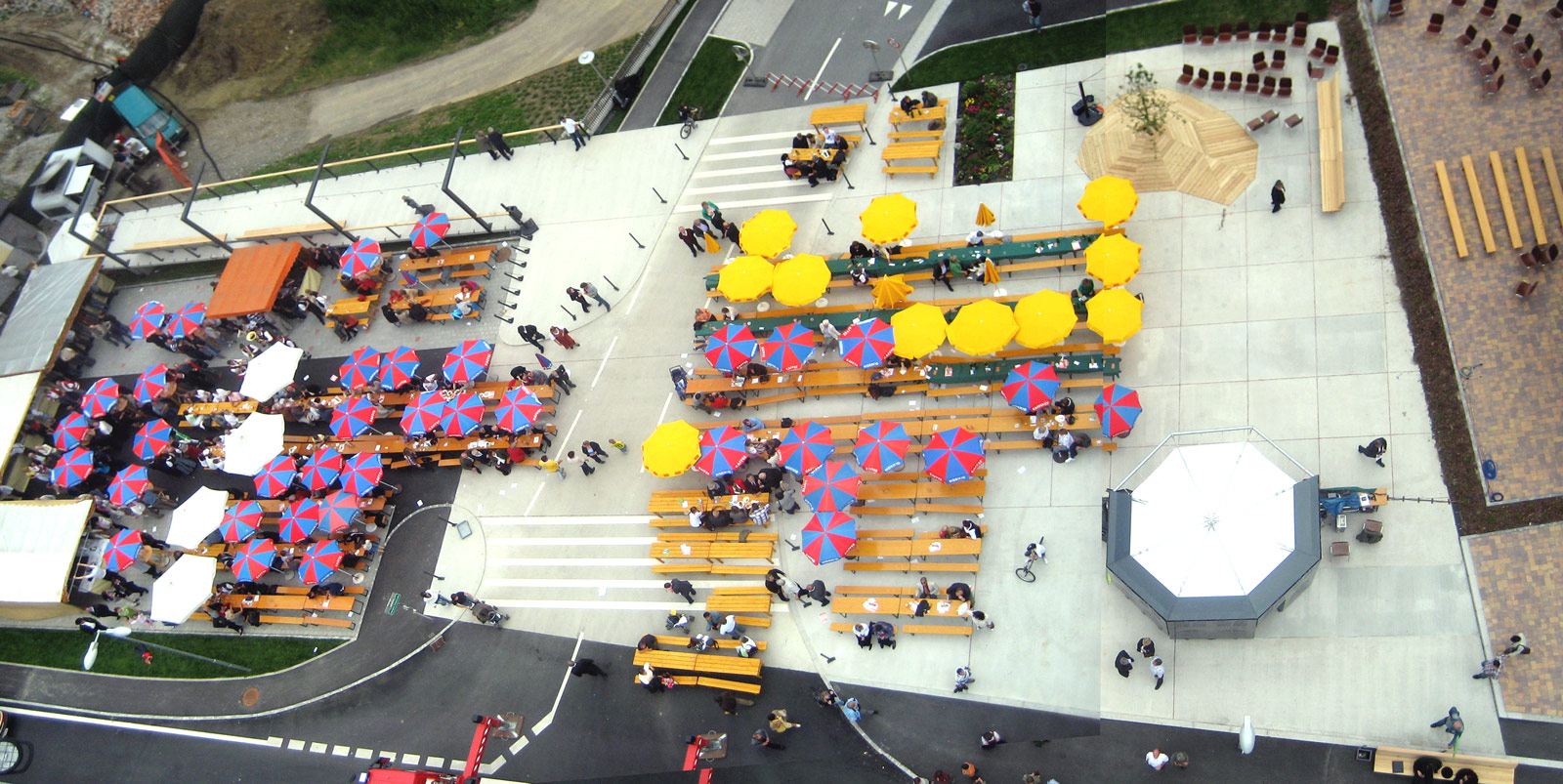 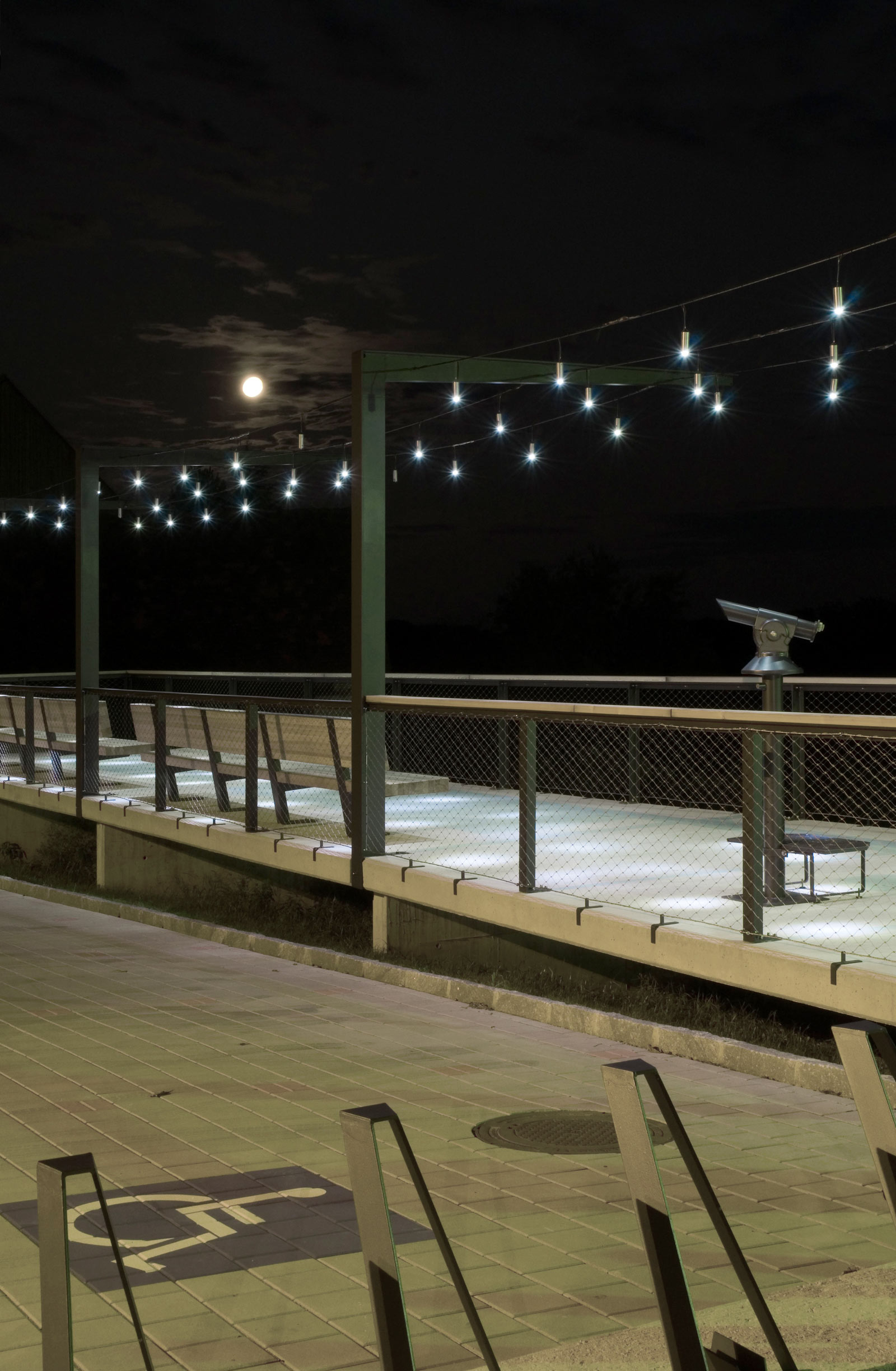 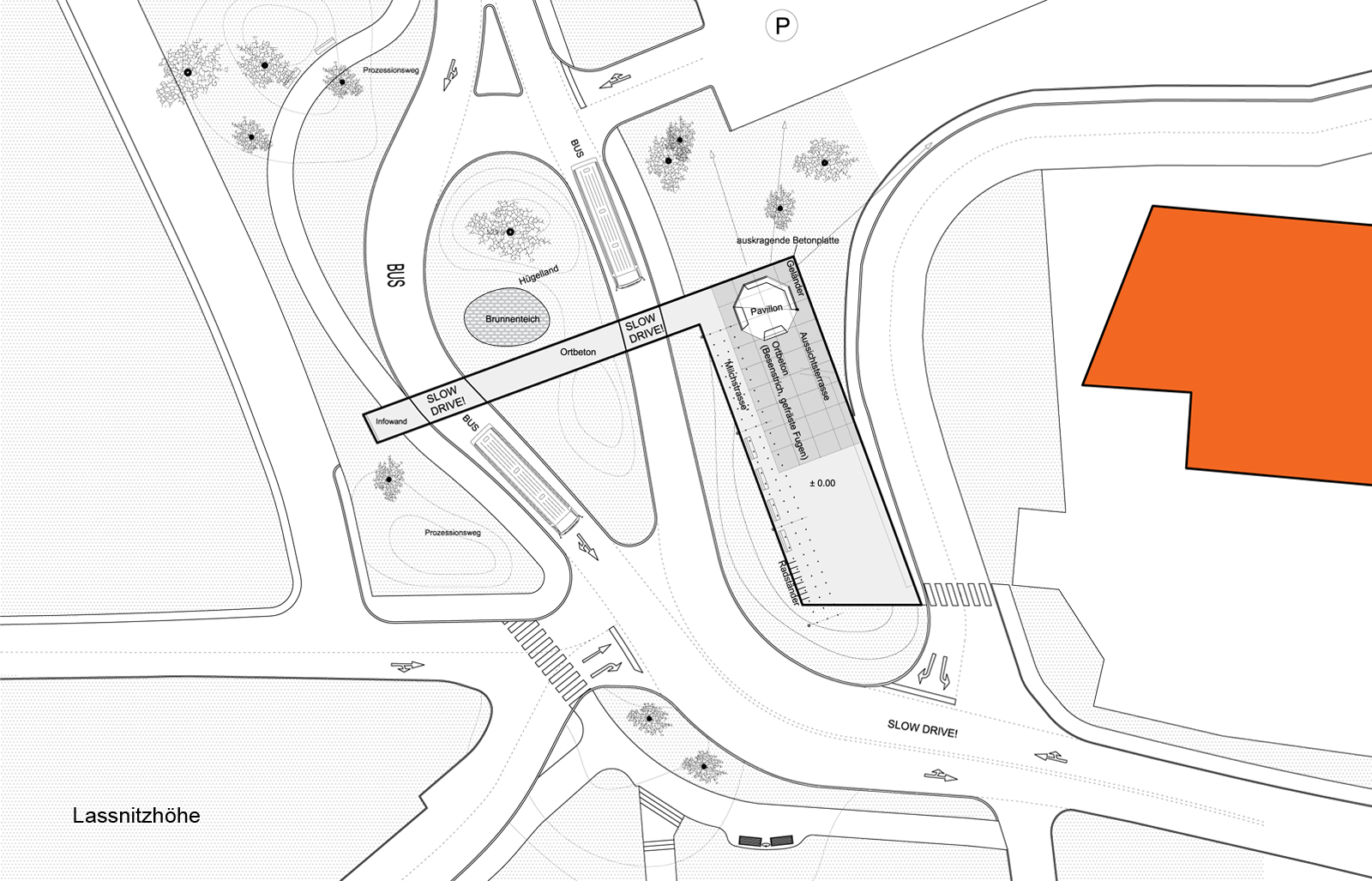 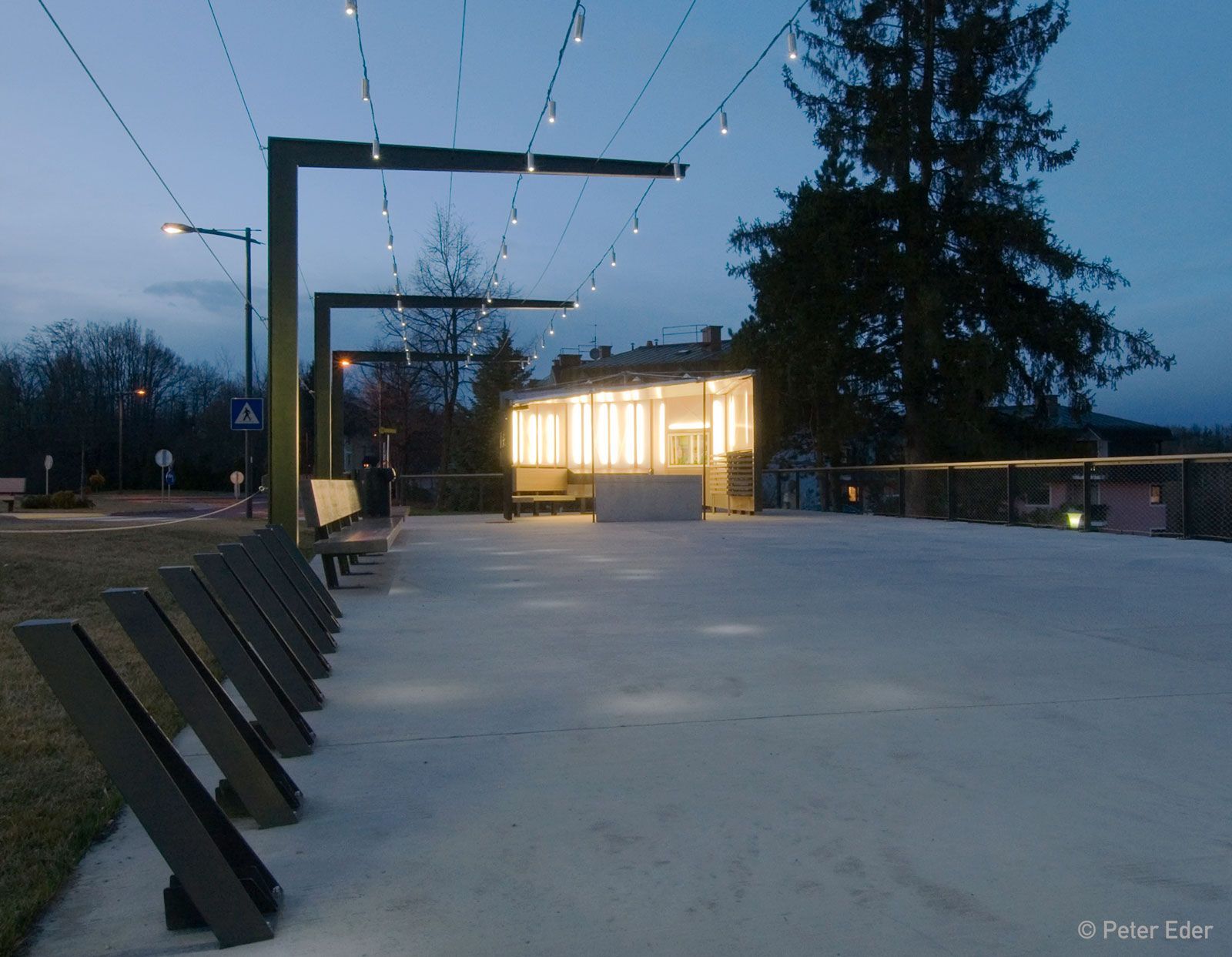 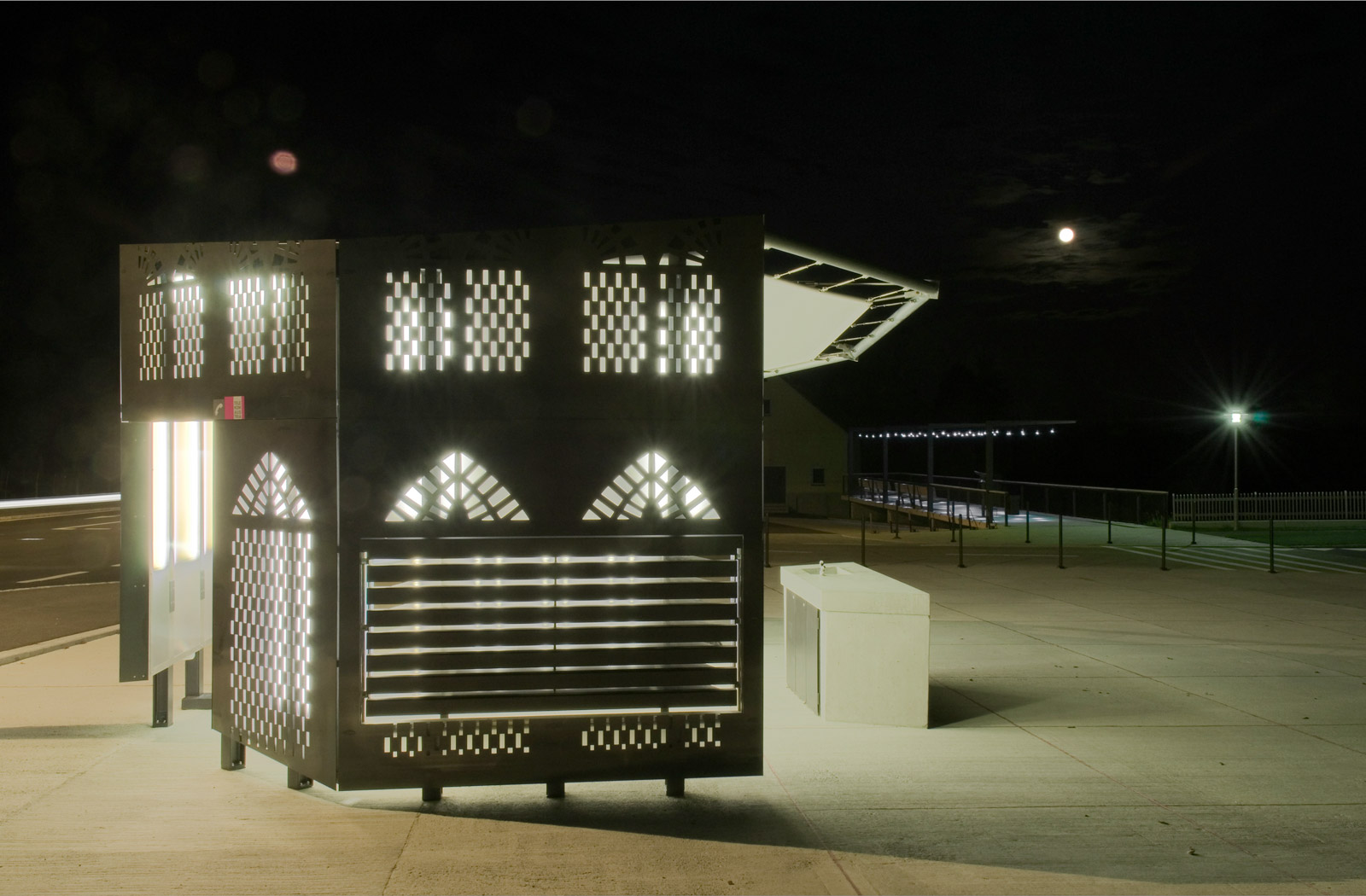 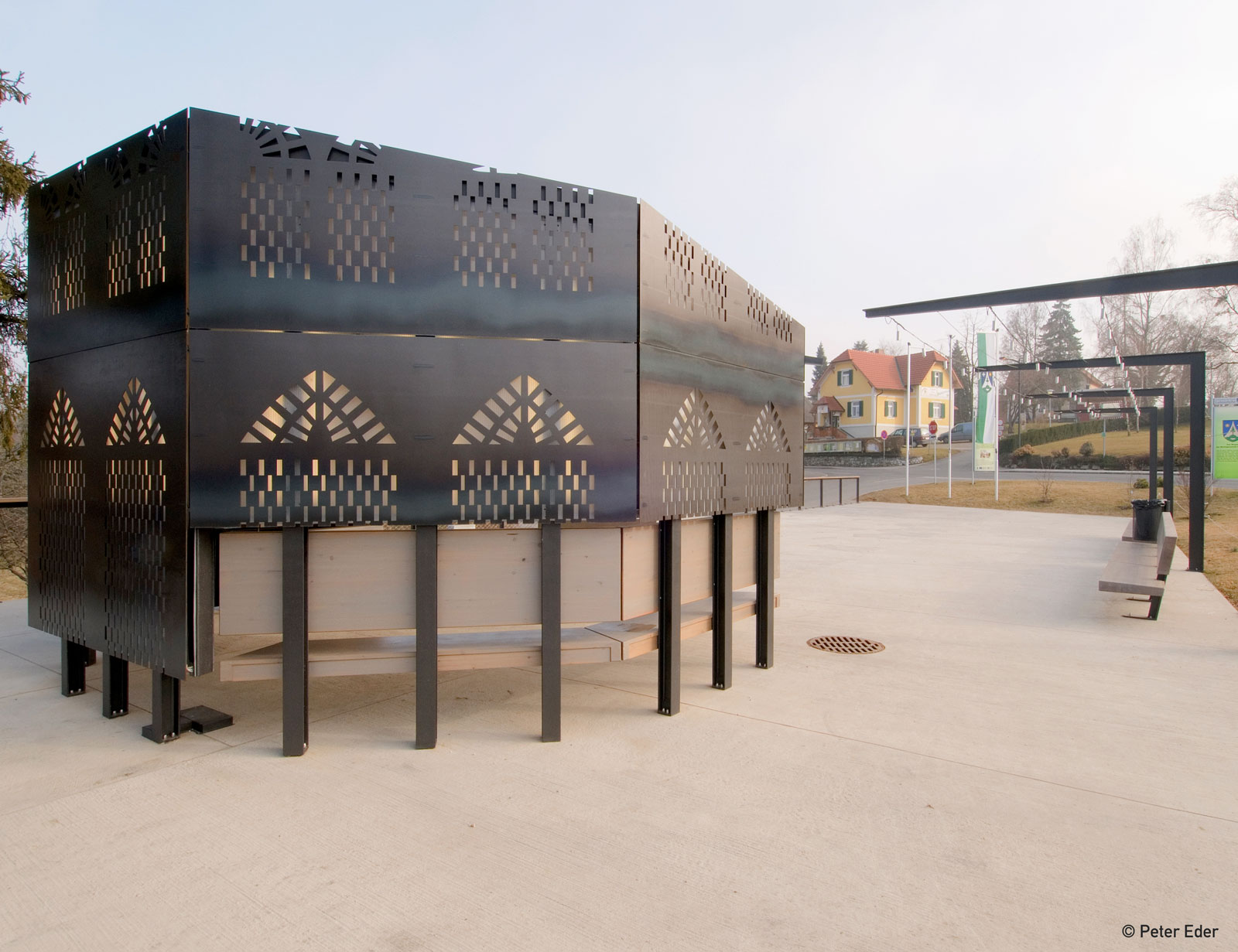 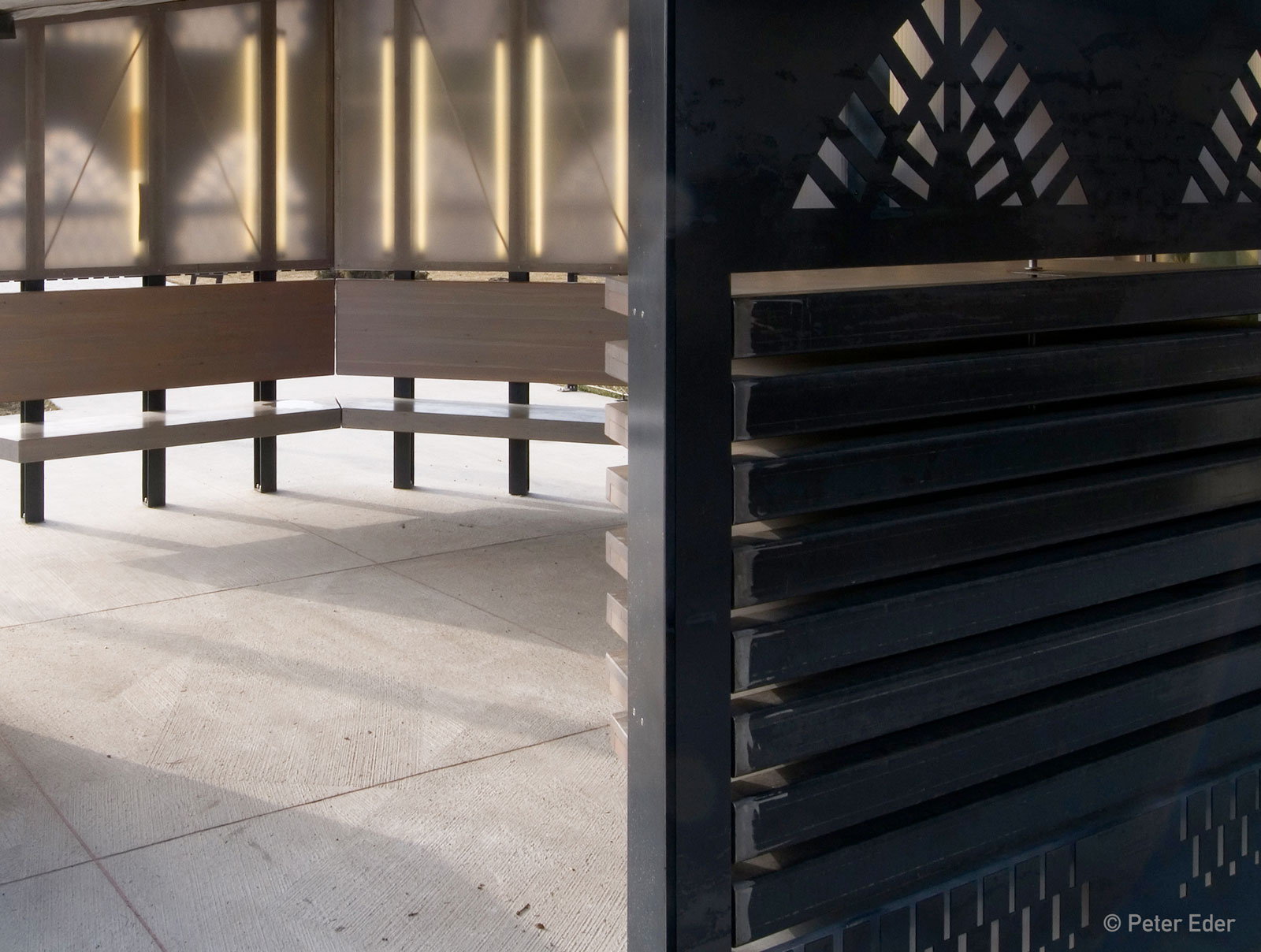 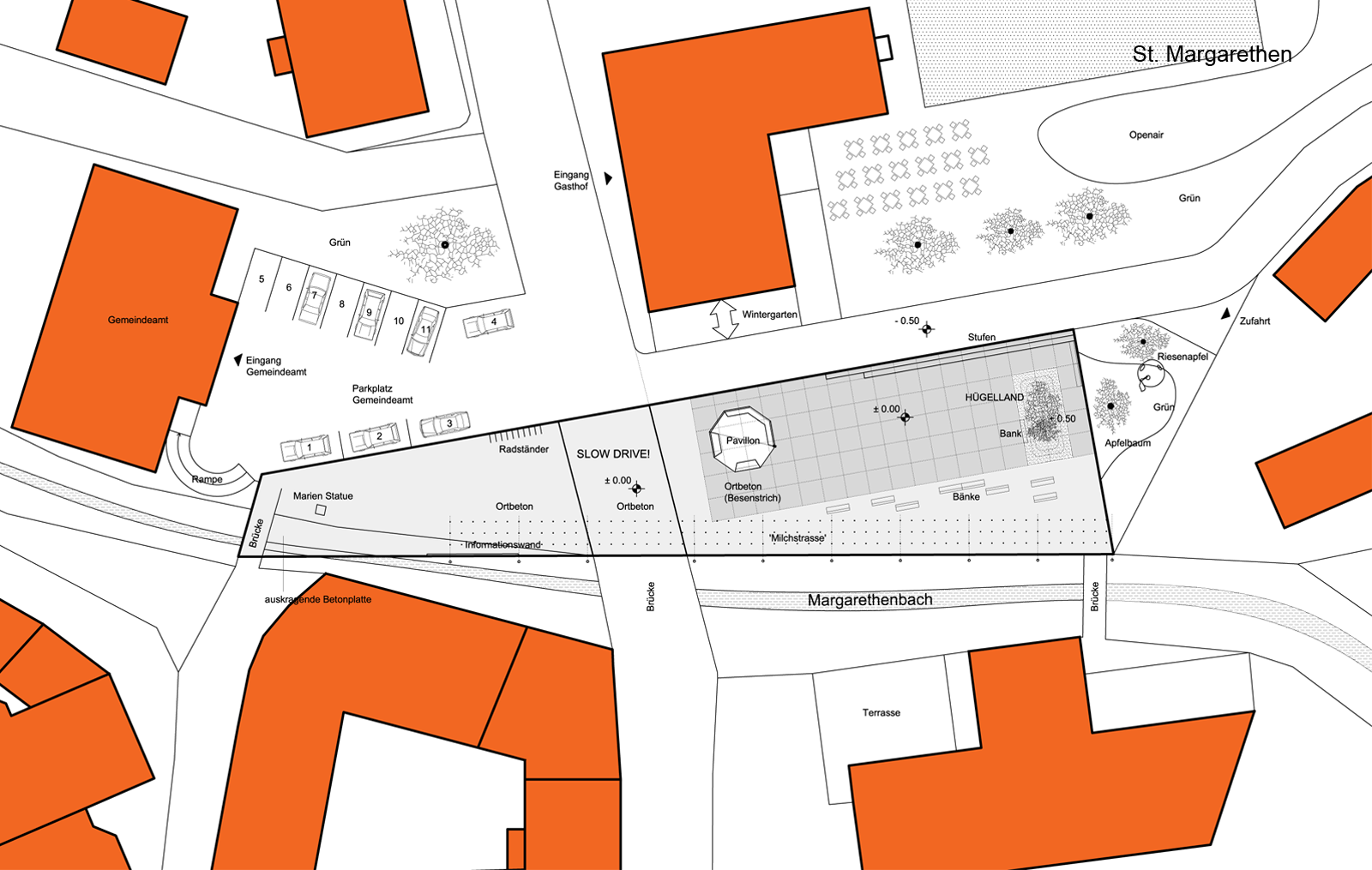 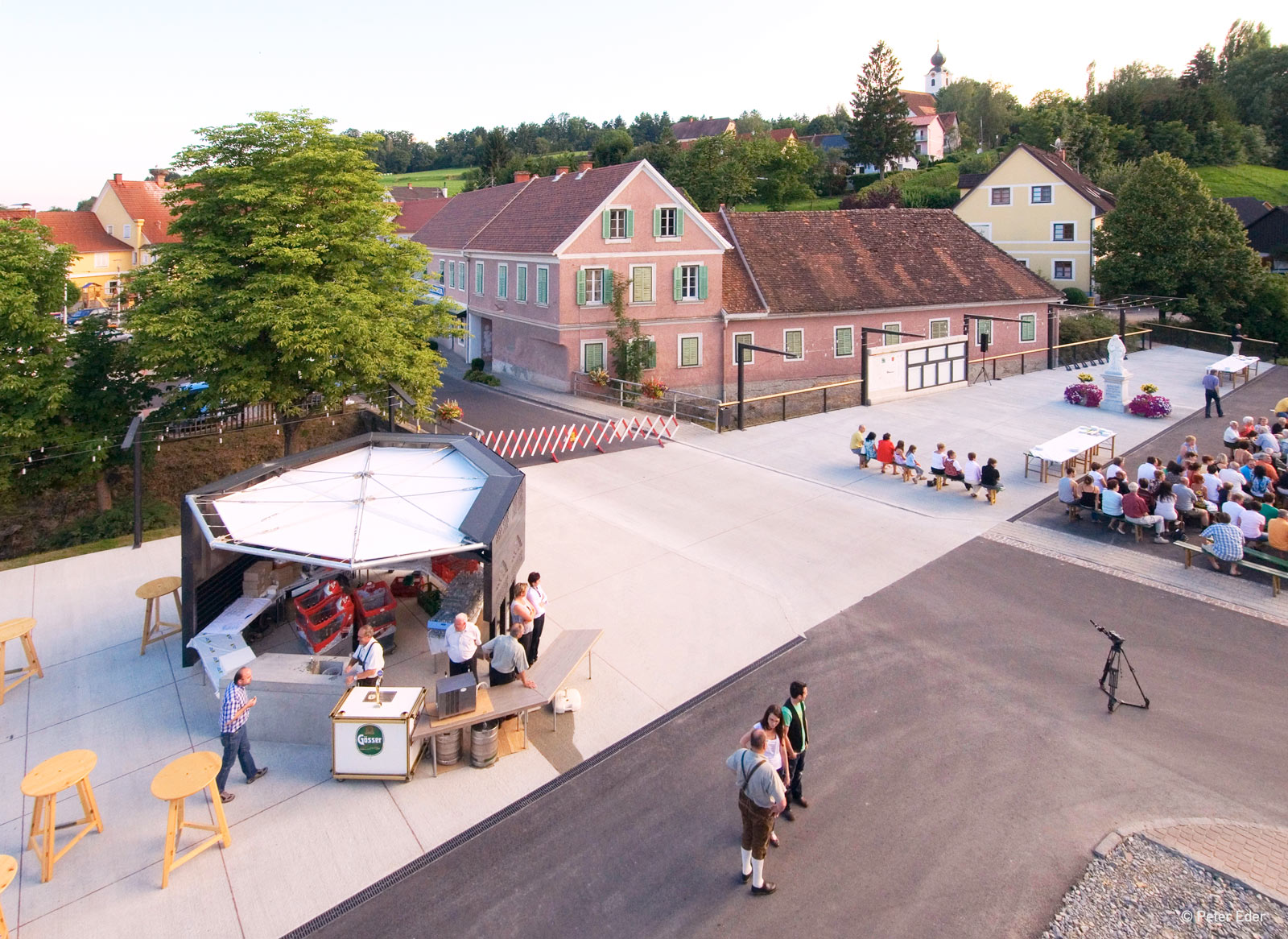 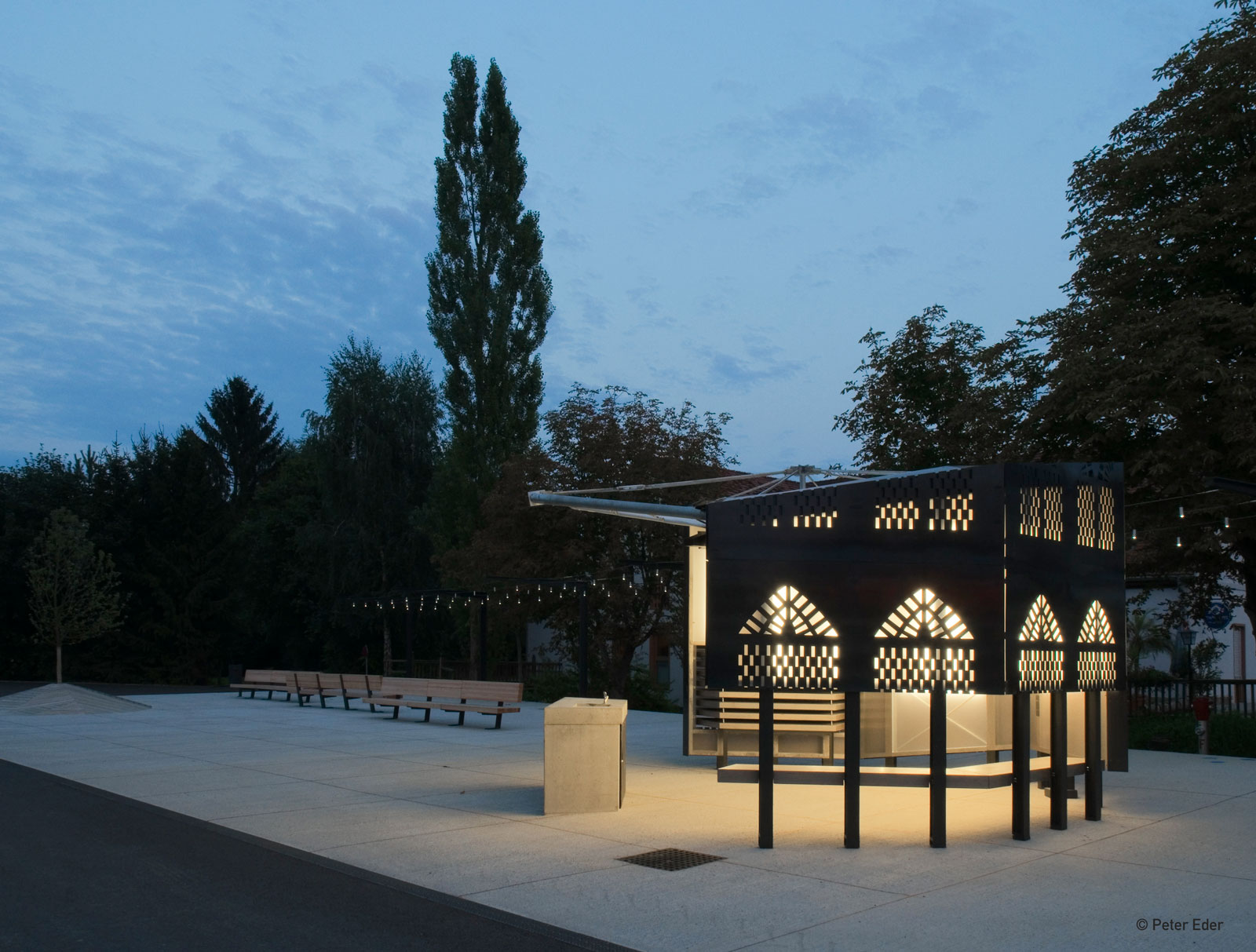 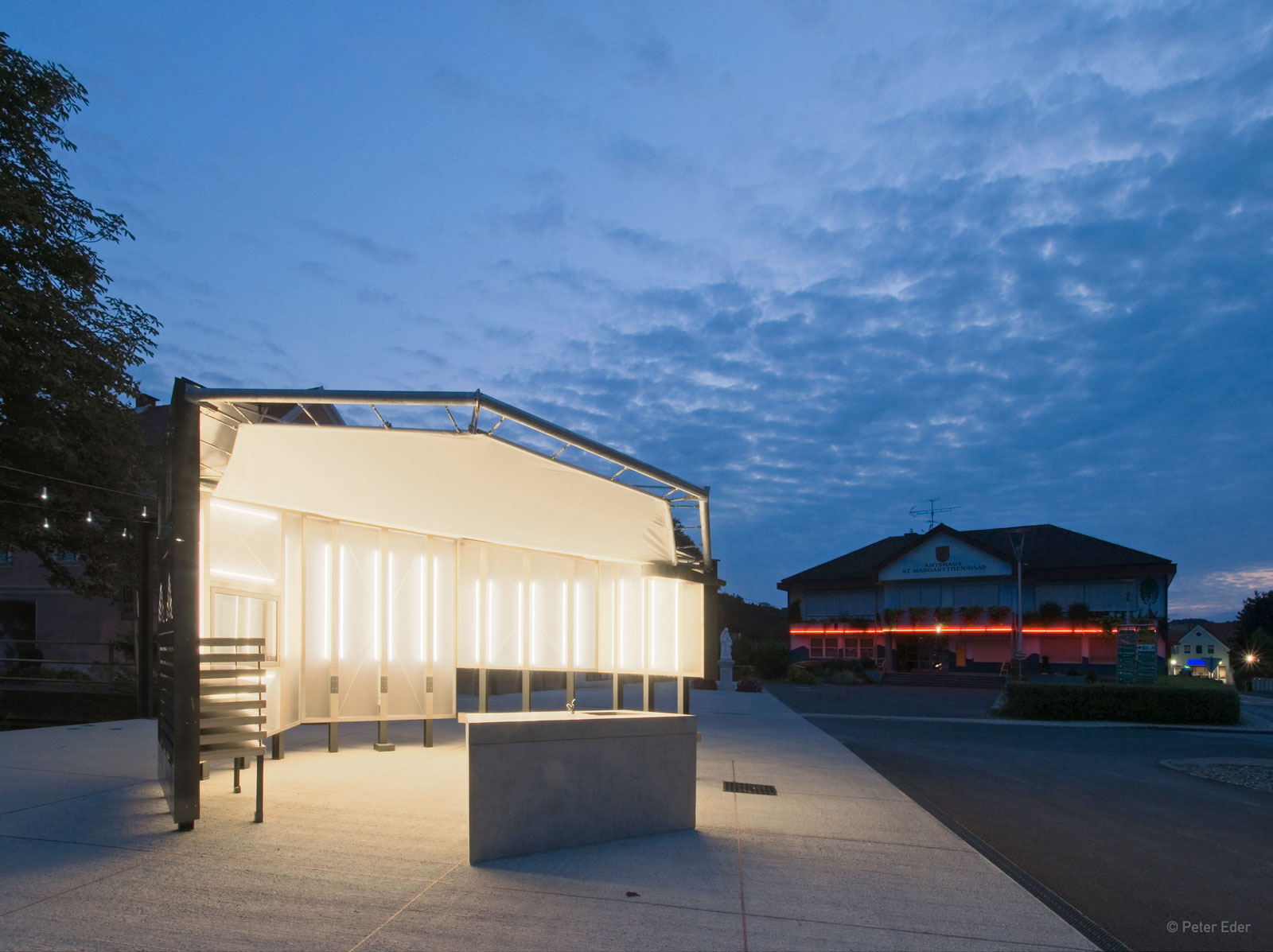 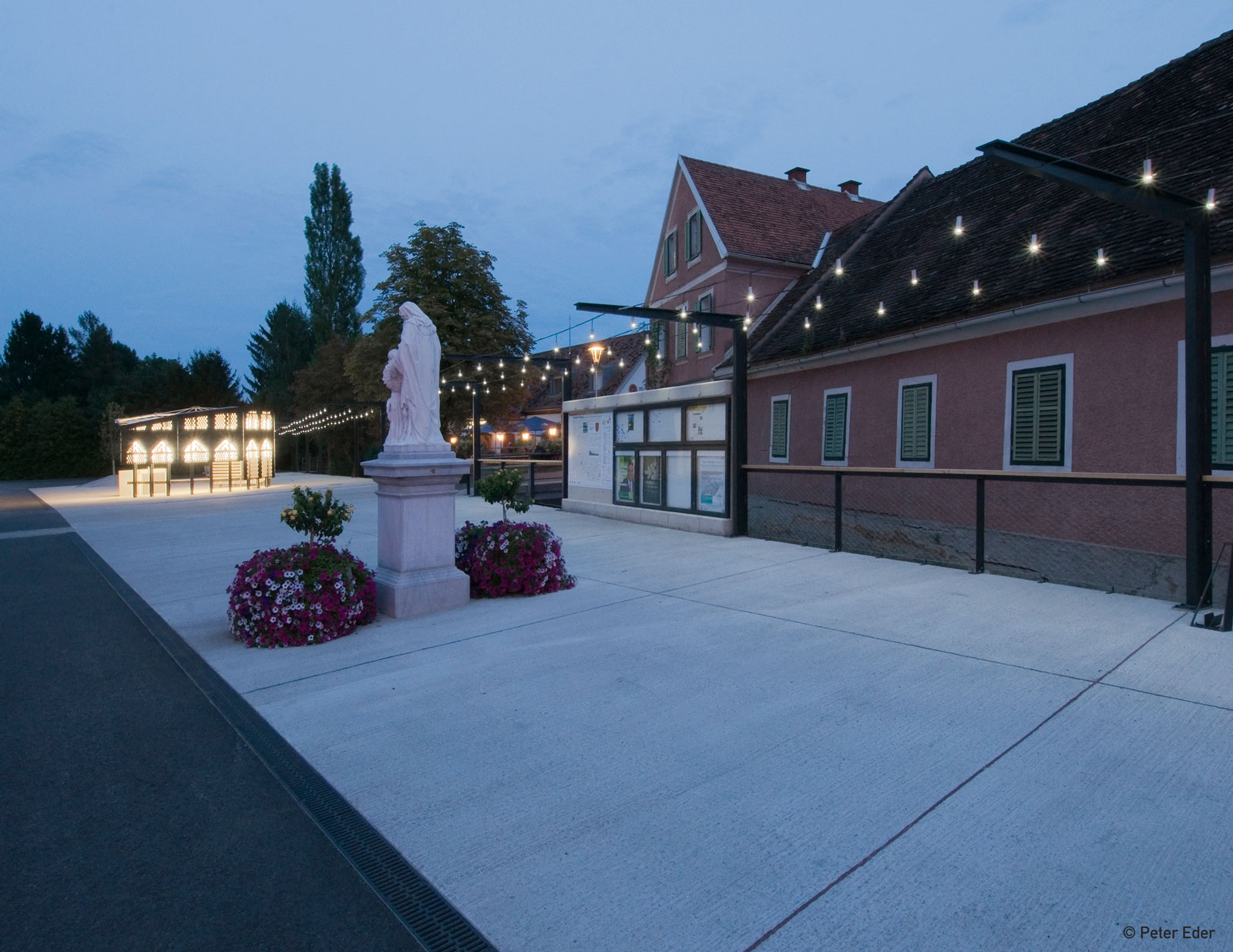 Nomination for the Architectural price of the county of Styria

“The architects are asked to interpret the CI leitmotif: “octagonal barn and high apple tree” on four sites and to present them as gates to the hillside. In doing so, they should fulfill the role of regional marketplaces. ” (competition quotation)

The task of creating a common identity calls for an unambiguous and comparable spatial situation in which multiple recurring elements are arranged and their significance can be displayed accordingly.

A flat concrete structure falls quite unexpectedly into the soft Styrian hill country, part of it is embedded and part of it protrudes and encompasses everything existing.  The even brush-finished concrete surface spans an irregular rectangular contour with a long index finger and forms a base on which the primary corporate identity elements of the hill country – an apple tree and a symbolized octagonal barn – can now be presented.

The slab braces itself in unswerving sobriety against the superficial rusticity and lends an urbane character to the practical functions of market place, venue, meeting place and a place to linger. A vocabulary of secondary design elements such as coloured edges and ›joint grids‹, special seating elements, bicycle stands, a giant apple as a piece of playground equipment and the ›Milky Way‹ lighting element can be used in various ways according to the requirements of the municipalities.