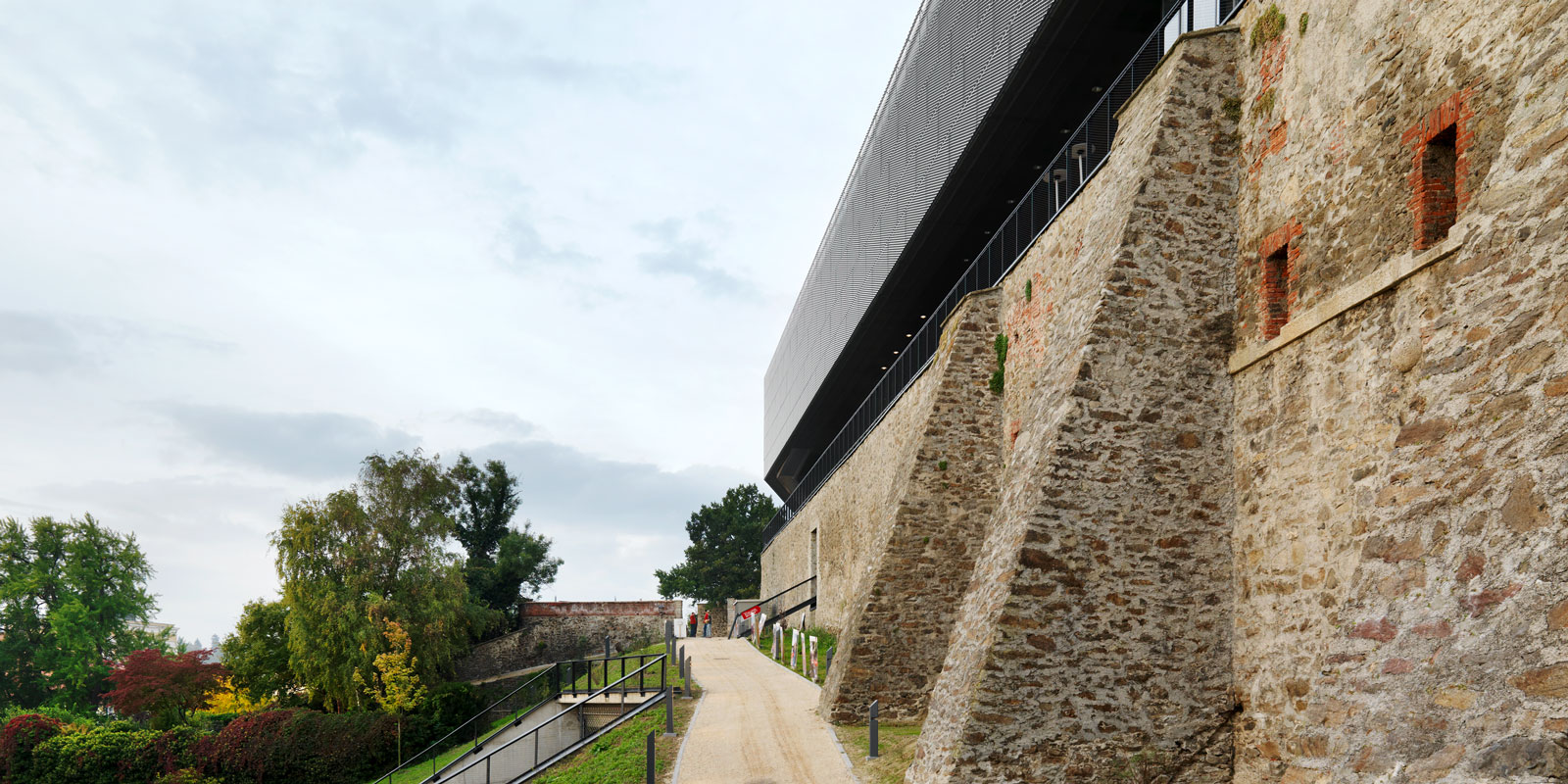 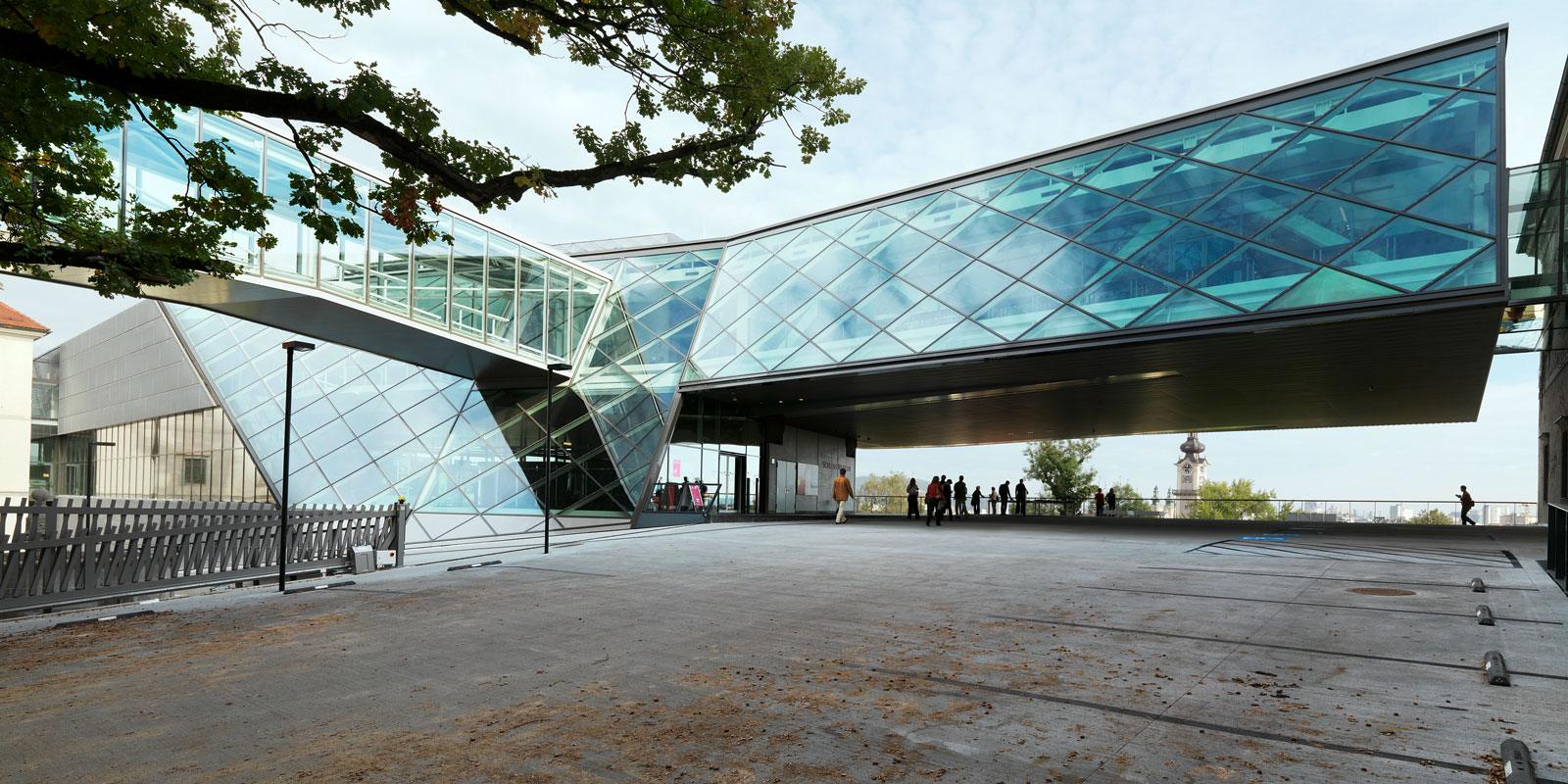 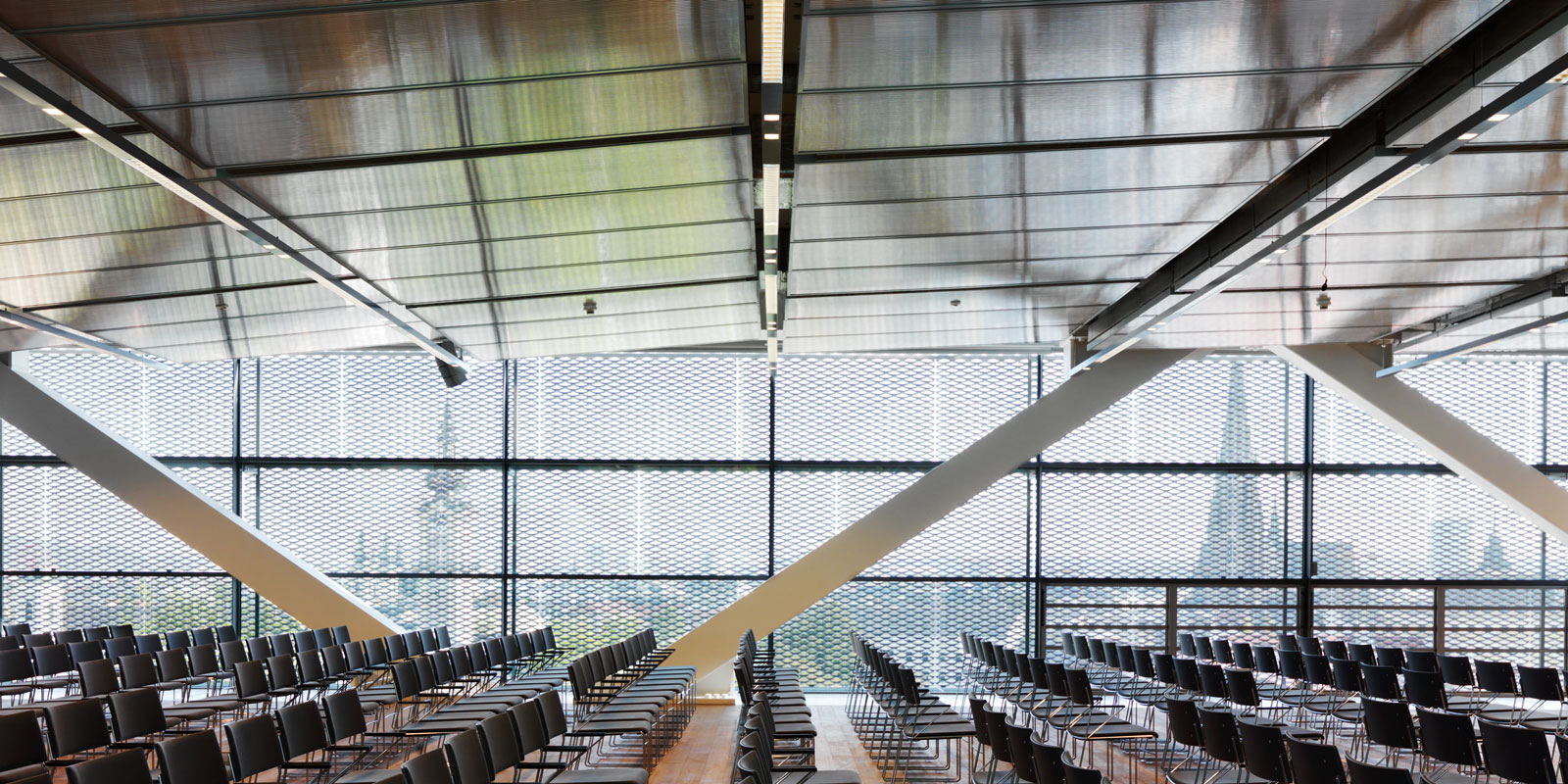 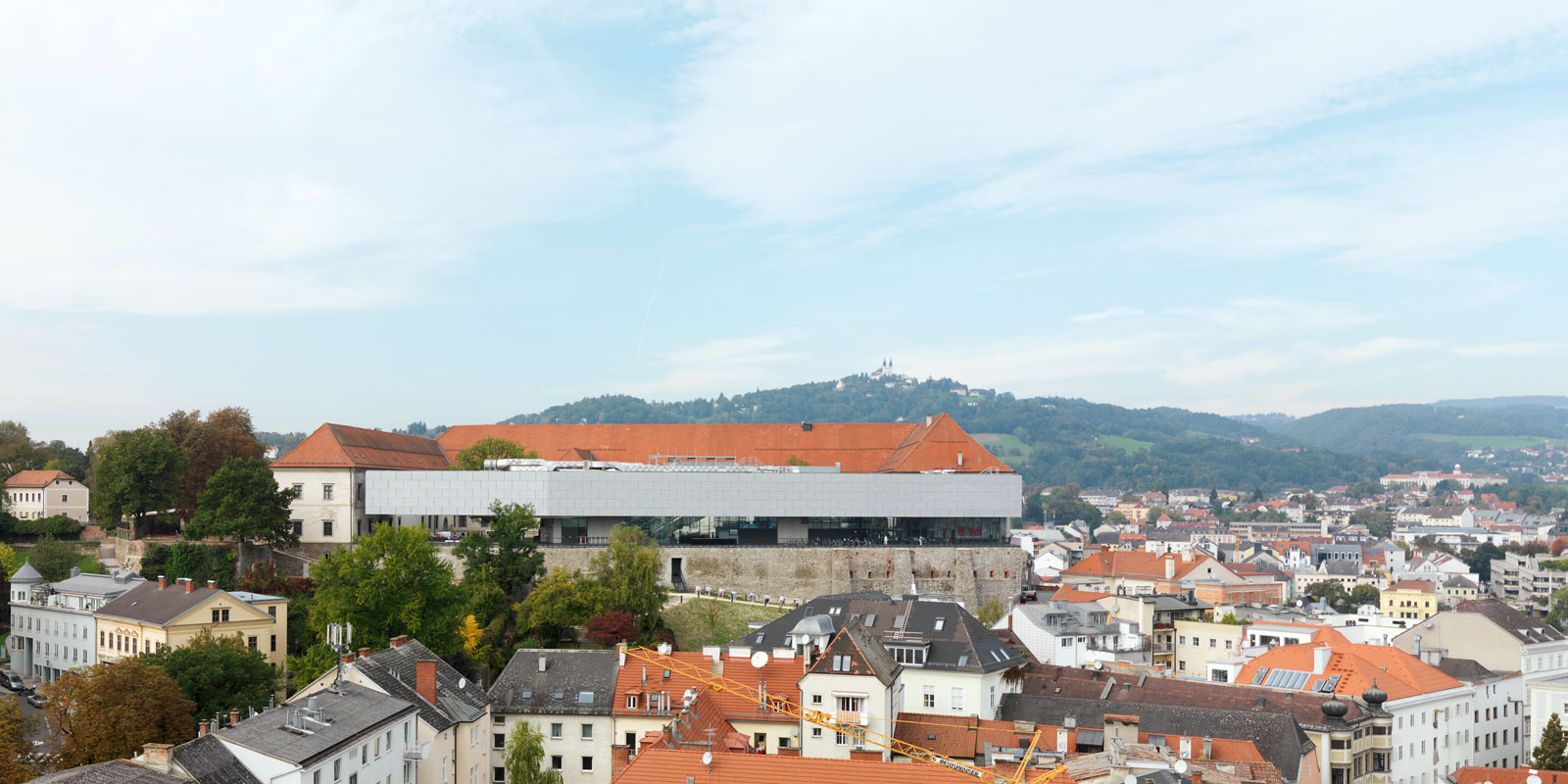 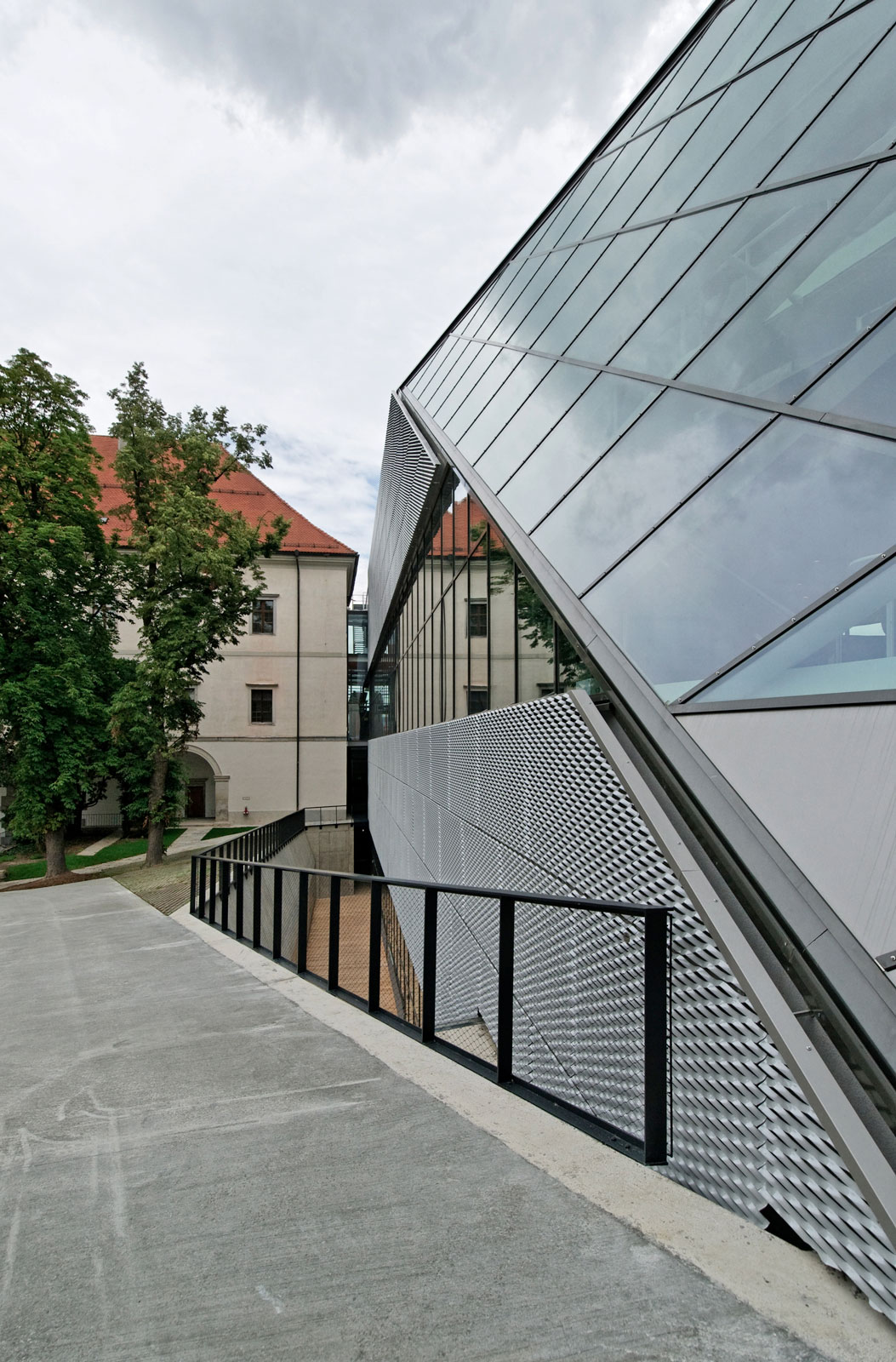 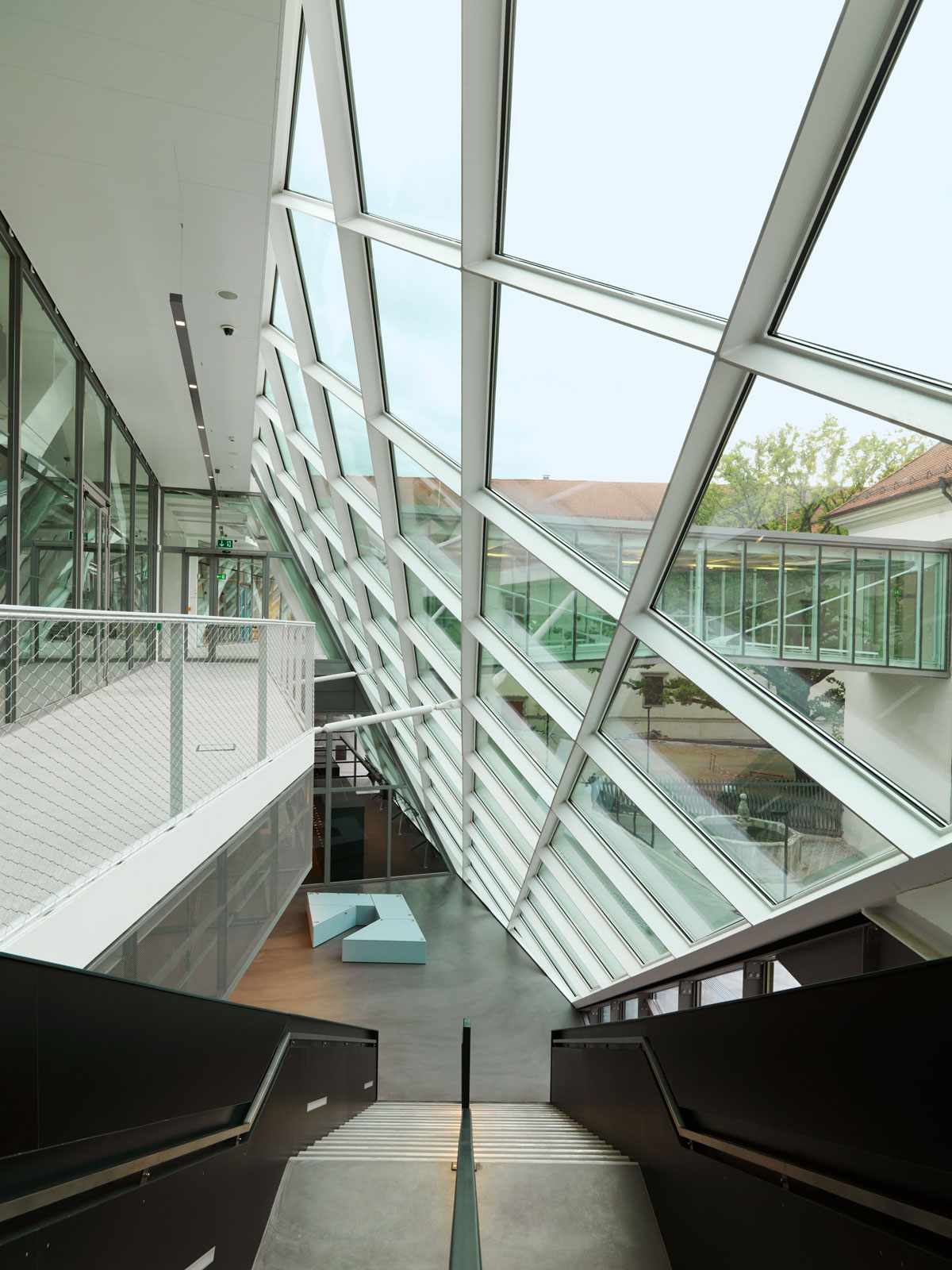 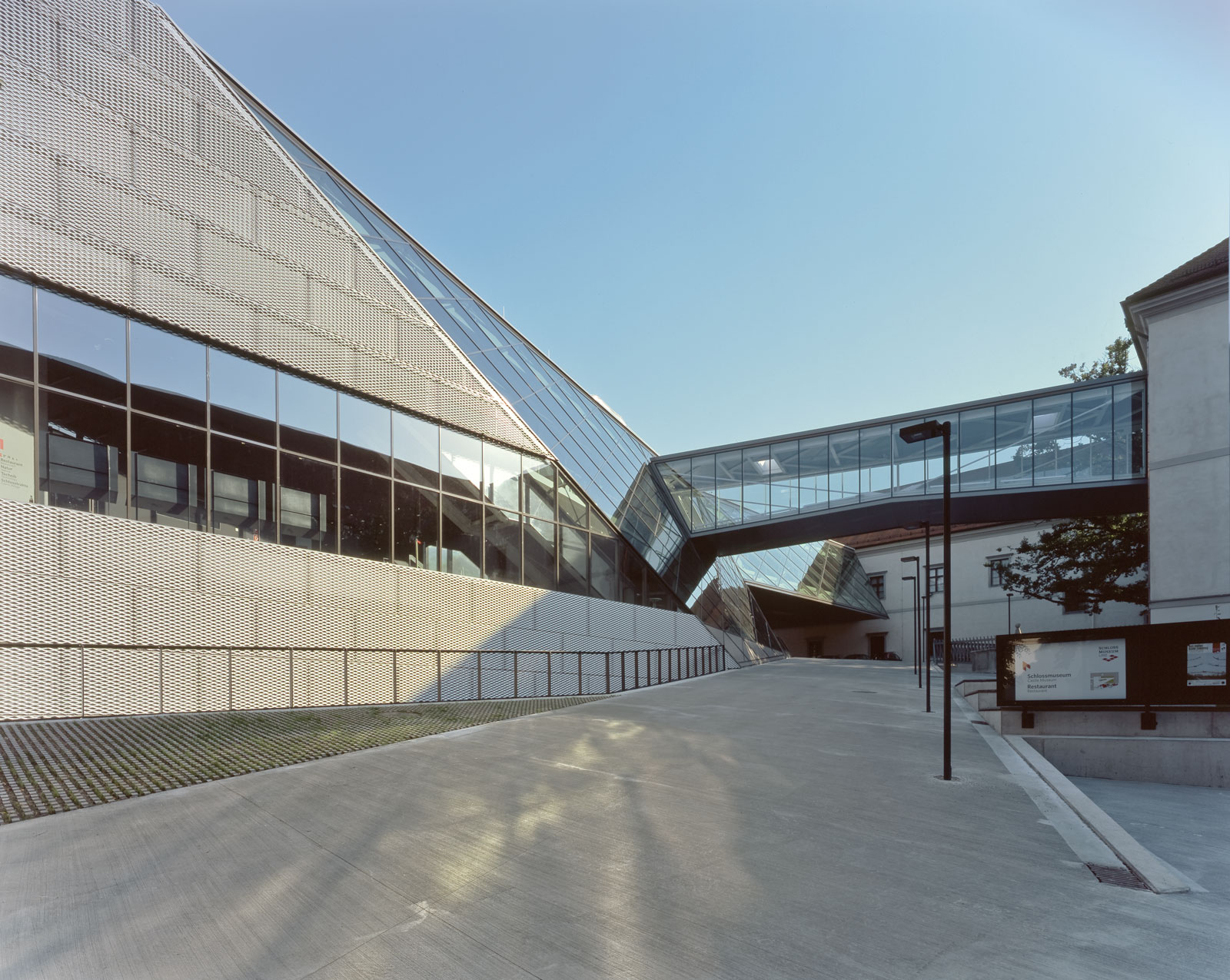 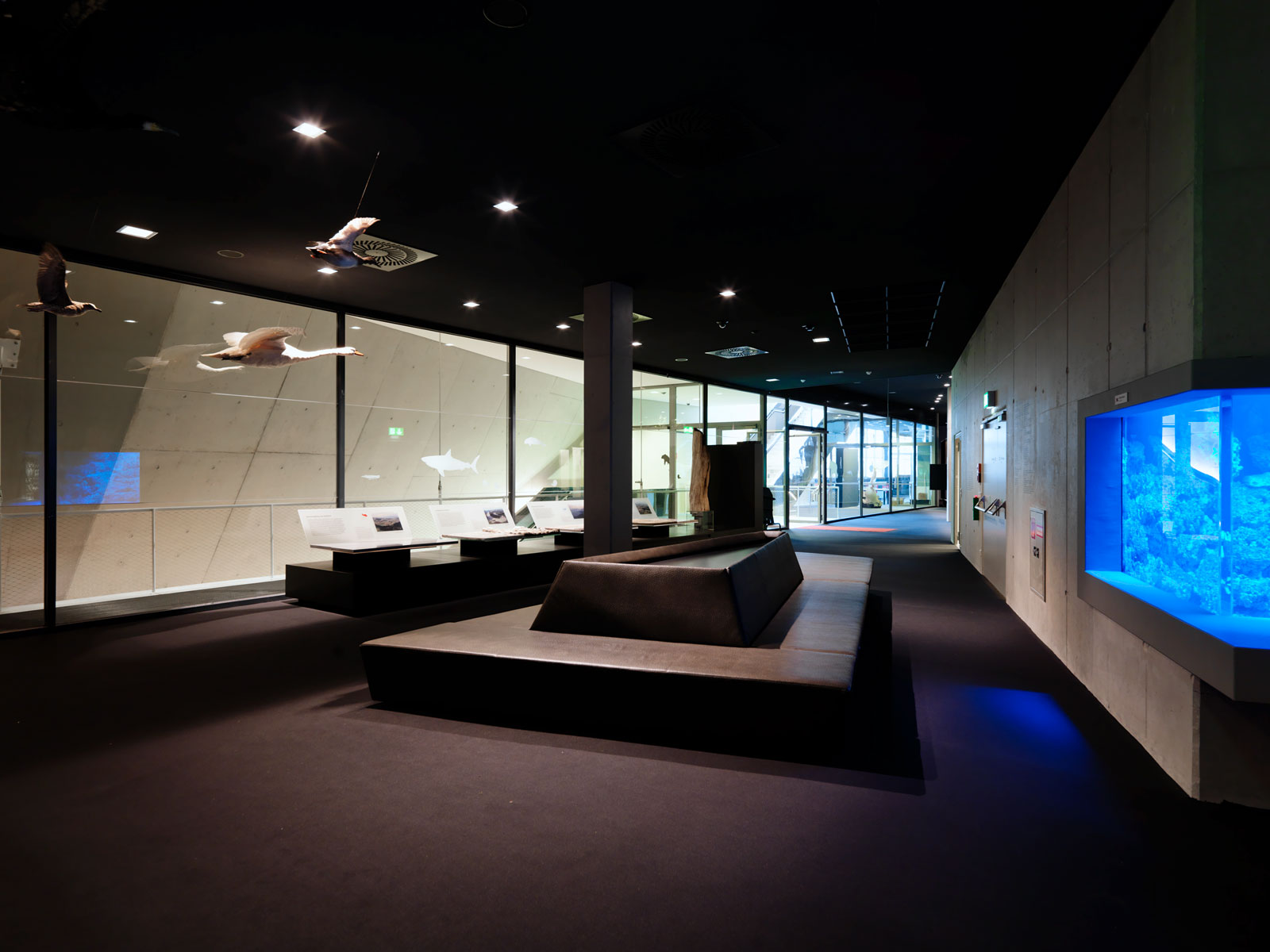 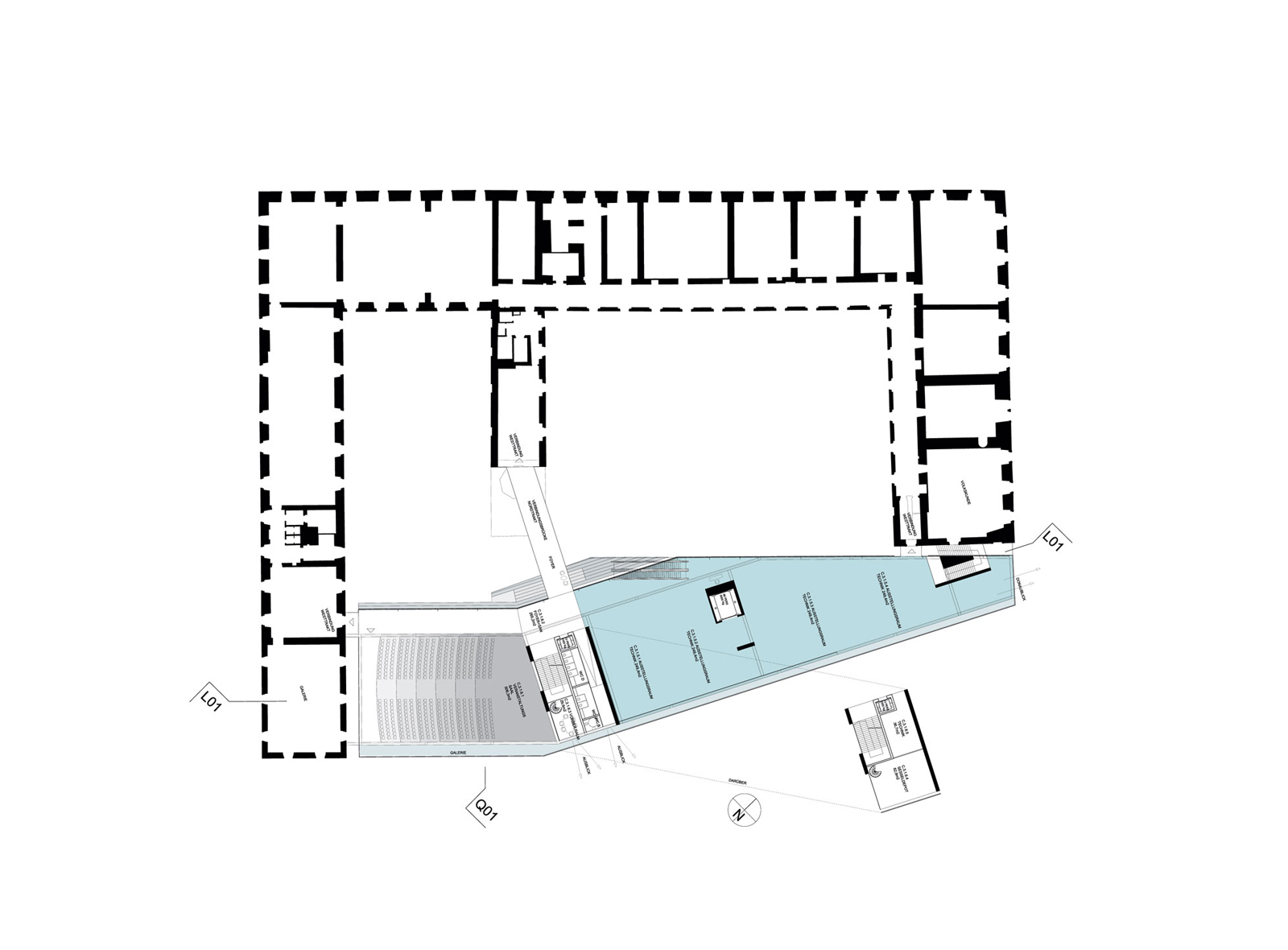 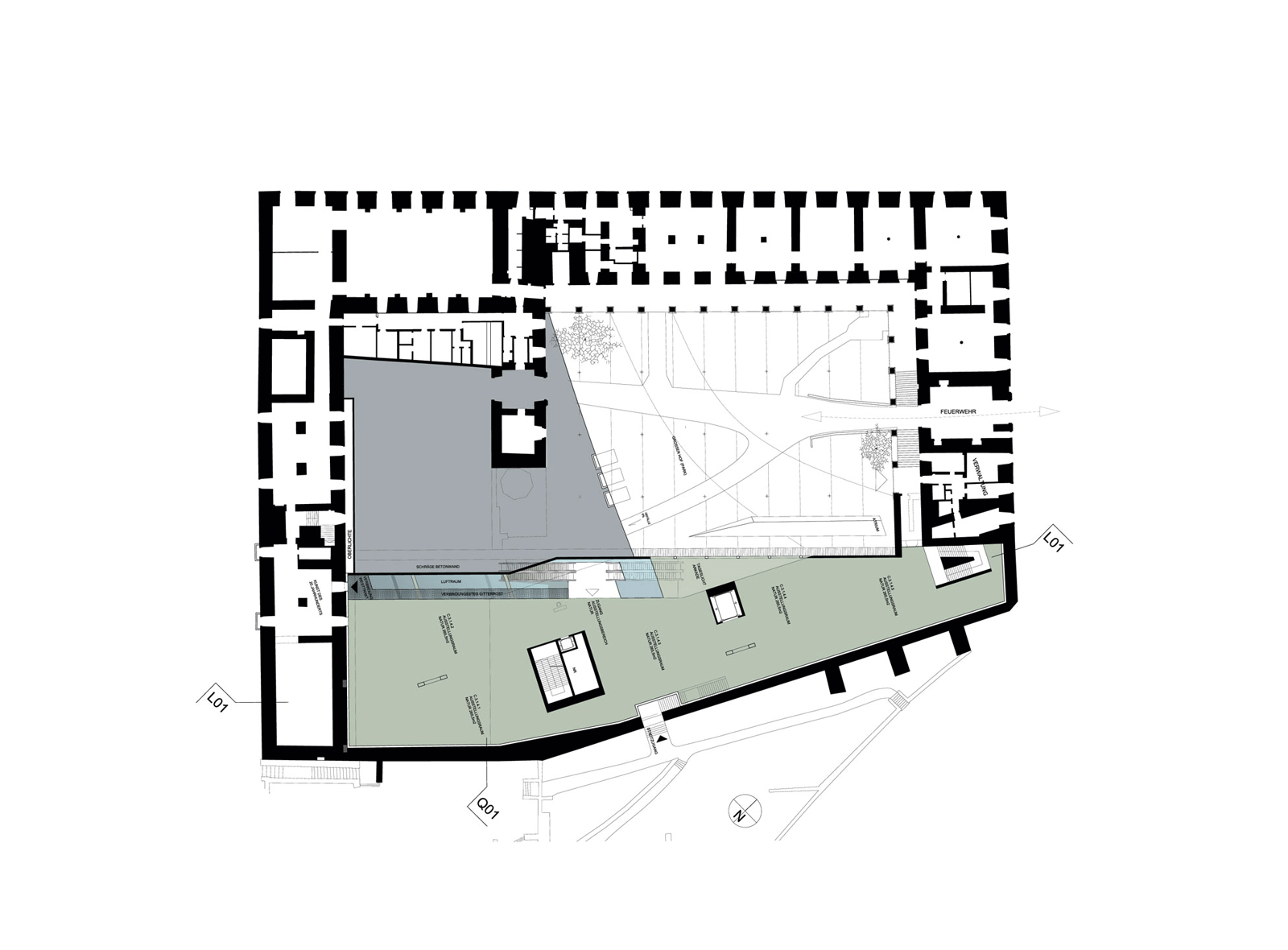 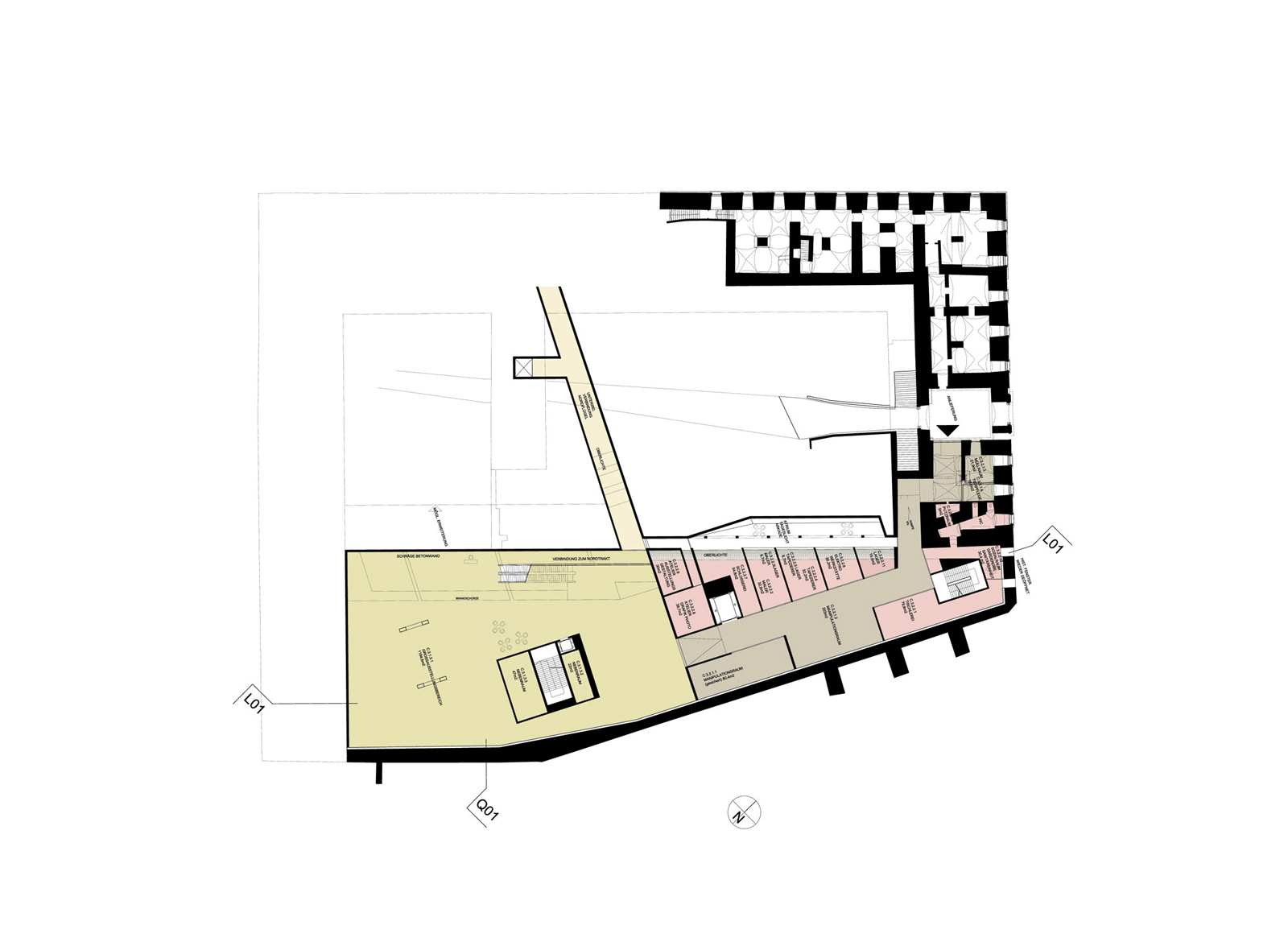 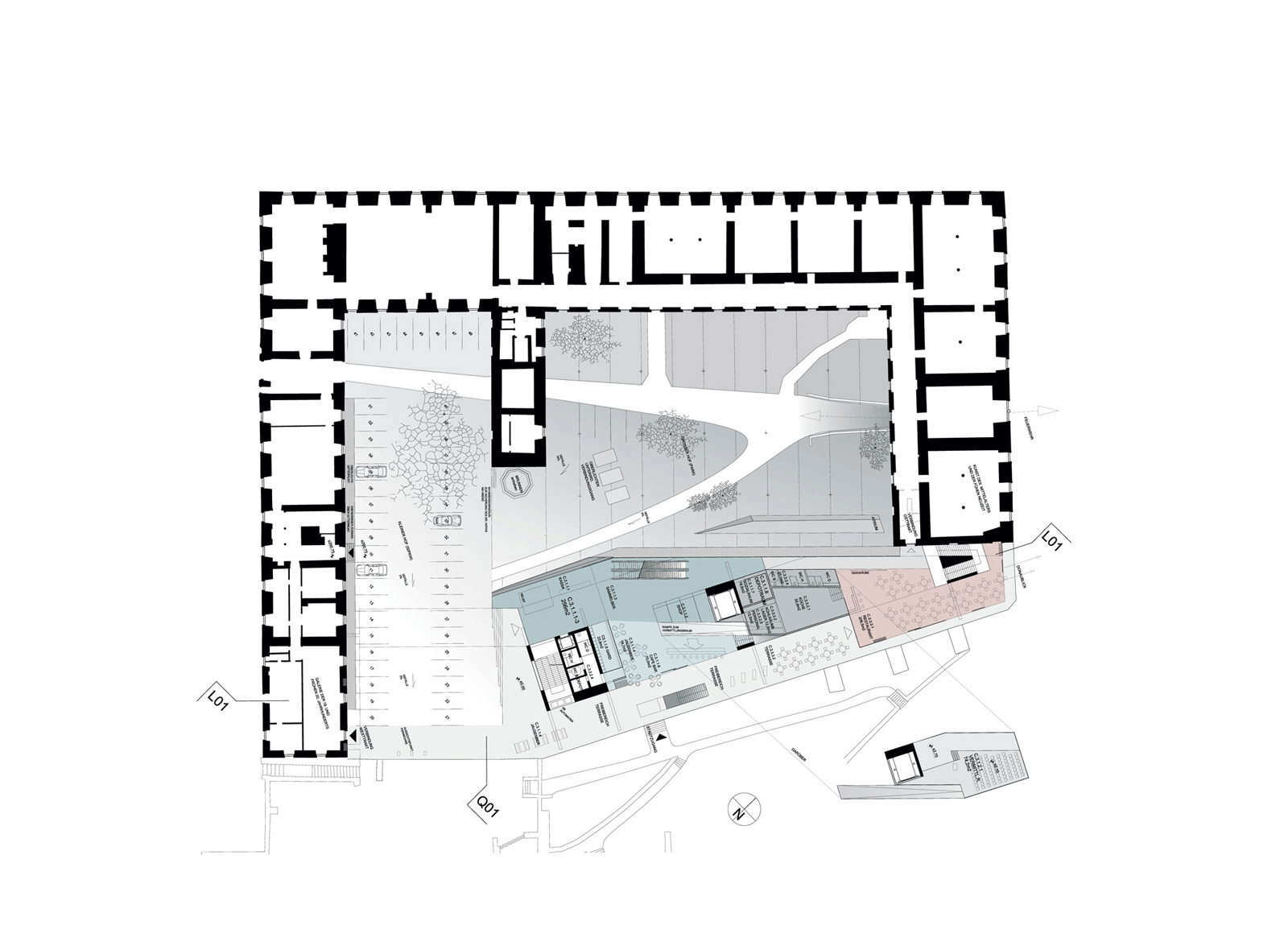 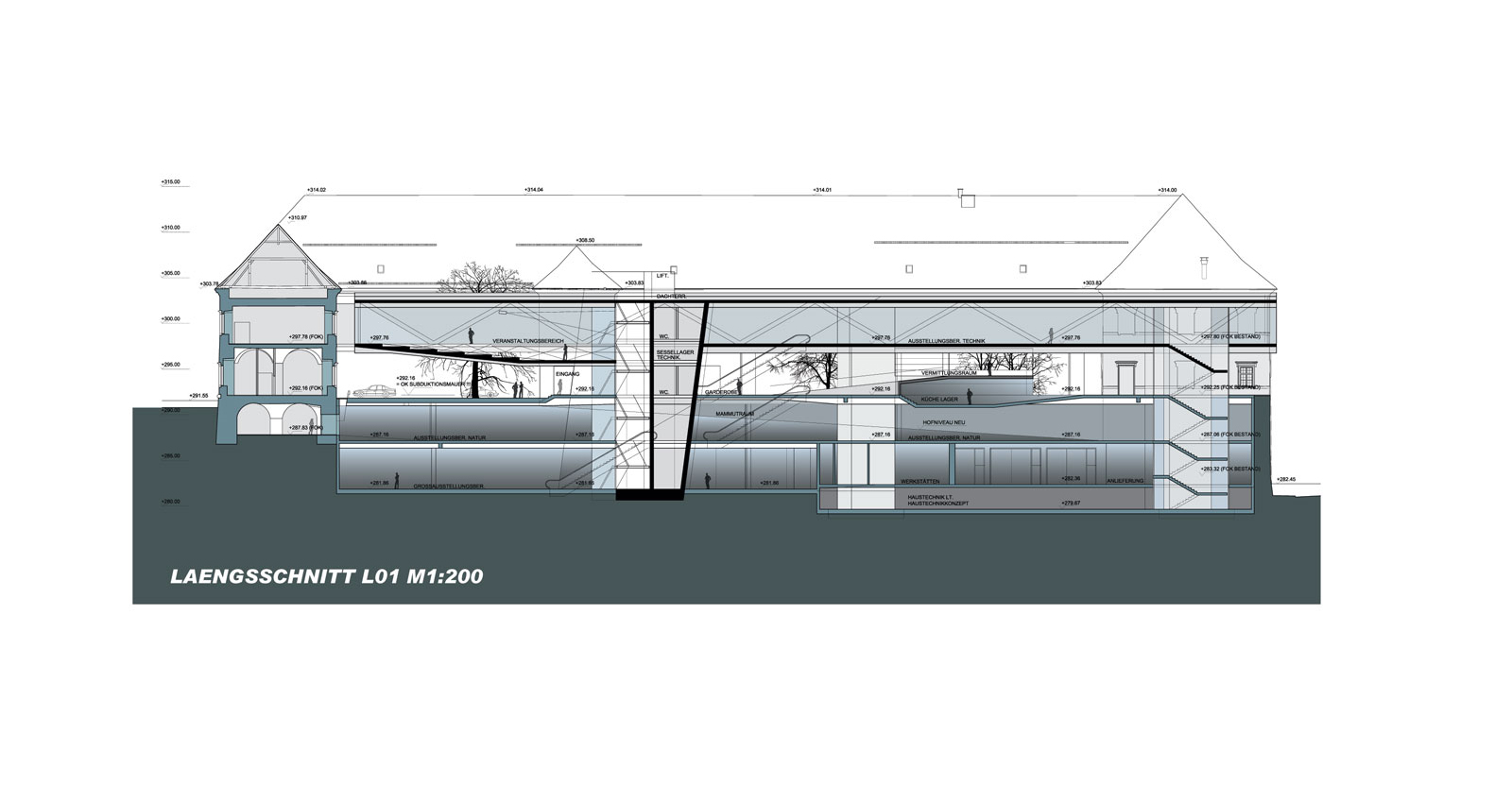 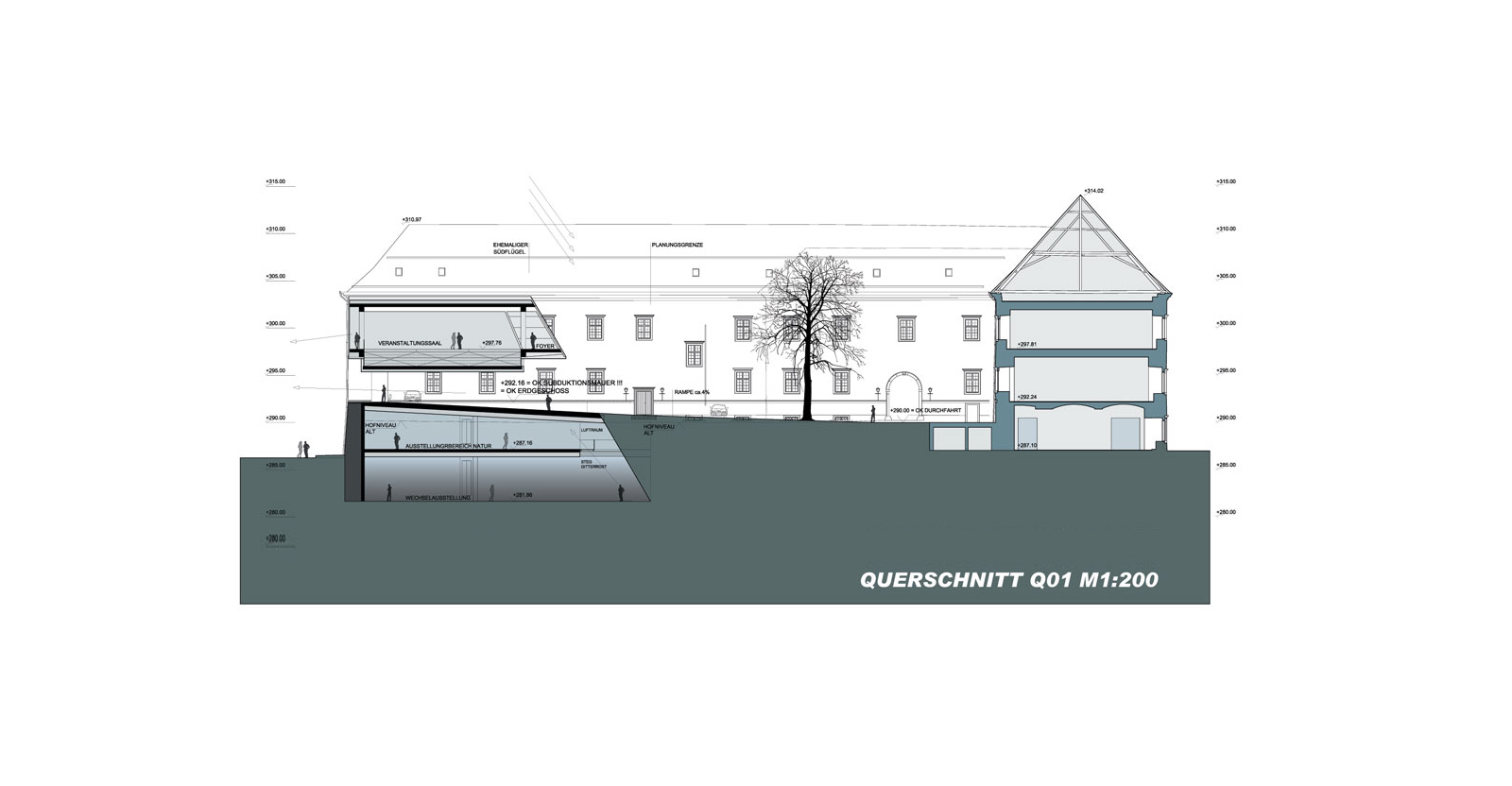 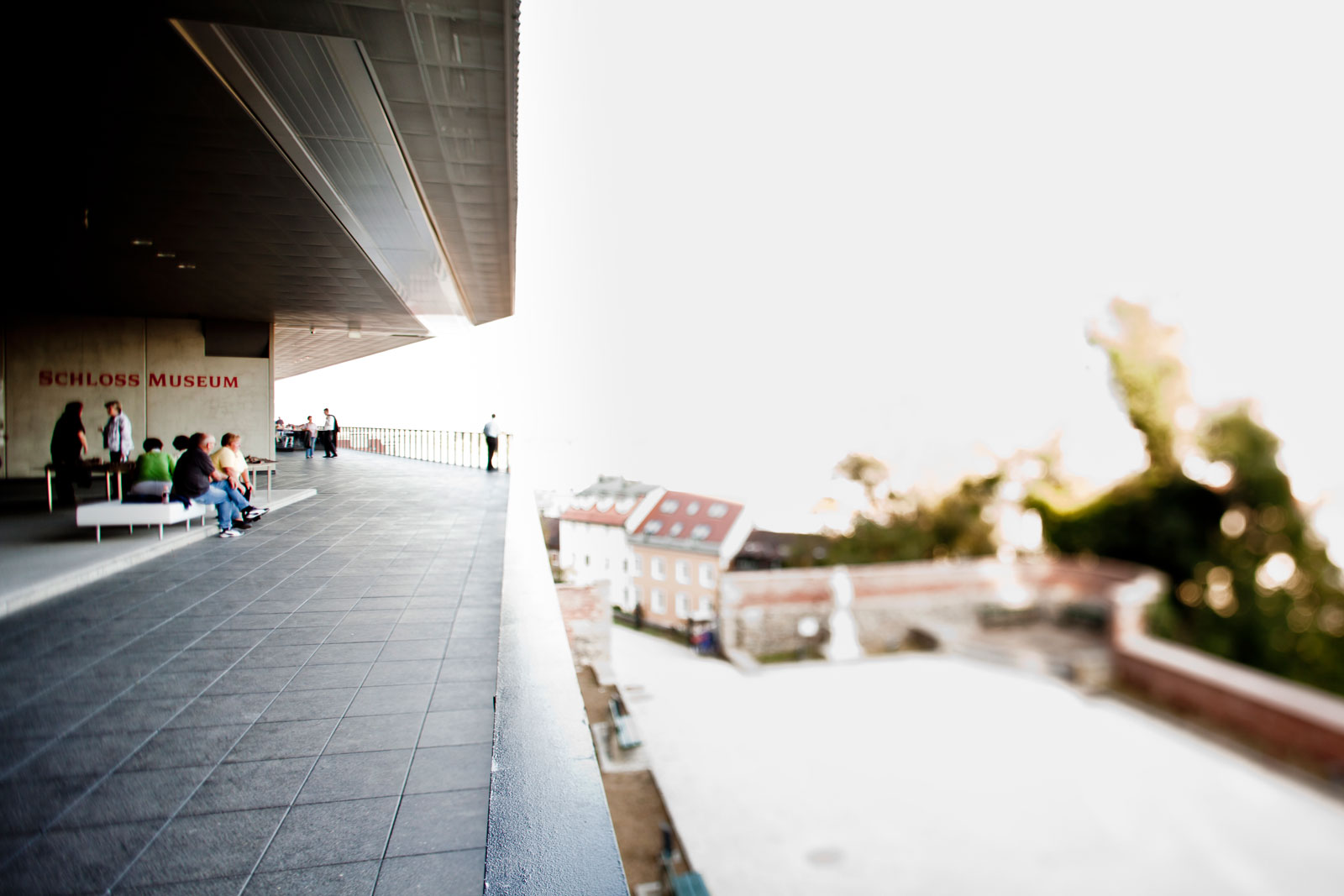 In the year 1800, a devastating fire occurred in Linz during which also the Southern wing of the „Linzer castle“ fell victim to the flames. The castle on the hill between the old city and the Danube lost its city-facing wing and, therefore, its presence within the urban fabric. Since 1965, the castle has been home to the Upper Austrian national museum. The requirement for additional and large exhibition space led to the new construction of the Southern wing.

The architectural concept of the new Southern wing is based on two principal strategies: (i) to construct the missing wing without closing the courtyard of the castle completely and (ii) to preserve the unique location above the city that is accessible by the public any time and free of charge. To achieve this, the new wing is layered horizontally and the central entrance level was designed as a transparent, half-open storey. As a result, a space is created above the city on top of the historic foundation through which one can enter the foyer, the museum shop and the restaurant.

In contrast to the maximum openness of the ground floor, the level above constitutes a metallic shimmering, windowless bar that floats above the solid historic wall foundation when viewed from the city. The construction as elevated steel truss enables a wide span and a projection of 30 meters above the main entrance. The steel truss of the upper level is built on three Ferro concrete cores which open up the whole building vertically. On this upper level, the event hall and the permanent technology exhibition is located. The steel construction of the wing and the deliberate use of industrial building materials are testament for the city’s prominence as a centre of steel production and also provide Linz with a symbol for the new direction of the museum and content of its exhibitions going forward. The contour of the outside of the new construction is in line with the shape of the historic foundation and reflects the entire volume of the historic Southern wing. Towards the courtyard emerges via the inclination and the bent of the new facades a break with the clear symmetry of the historic wing. The different levels of the formerly separated courtyard areas were substituted via a sloped plateau that forms a connected topography with the retreating overall construction.

Behind the historic foundation located in three underground storeys is the exhibition space that due to preservation requirements needs to maintain a stable climate and also needs to be sheltered from daylight. Workshops and technical studios are also located there. A glazed stairway integrates the courtyard with the entire new museum complex and forms a connected space over four levels that reveals the actual height of a building which is in fact half underground. The inclined exterior walls continue underground as overhanging concrete wall in line with the stairs.

The new building connects on all levels with the other historic wings of the castle via glazed connecting bridges and an underground passage. As a result, a harmonious and full circulation could be re-established on all levels which has been interrupted since the destruction of the historic Southern wing in 1800.